Atlantyca Secures Sale of ‘The Fixies’ to Discovery Asia-Pacific 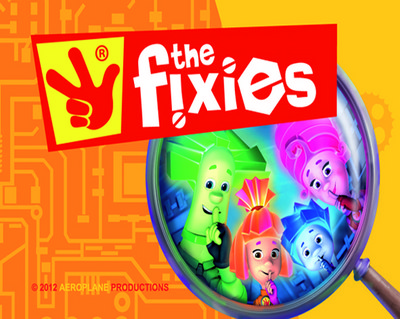 Atlantyca Entertainment announced the sale of Aeroplane Production’s The Fixies (104 x 6 min.) to Discovery Networks Asia-Pacific. The pan-regional deal will see the series broadcast on Discovery Kids, which reaches viewers across Asia in countries such as Hong Kong, Indonesia, Malaysia, the Philippines, Singapore and Thailand.

The CGI and Flash animated series follows the misadventures of eight-year-old Tom-Thomas and his secret friendship with Simka and Nolik, the children of the Fixie family, repair the myriad of devices inside his apartment. Each episode presents a comedic and action packed tale that centers around one of these devices.  The Fixies use their knowledge, skills, and tools to solve the problem at hand, teaching Tom-Thomas how things work in the process.

Produced by Aeroplane Productions the series is distributed by Atlantyca Entertainment. The Fixies continues to gain global popularity and it is currently sold in more than 70 countries worldwide on main broadcasters like Minimax in Eastern Europe, Canal Panda in Portugal and D-Smart in Turkey among the others. The brand’s Russian language YouTube Channel is one of the top 100 channels in the world with more than 700,000 subscribers and 570 million views.

Sarah Kwek, Manager, Programming, Discovery Networks Asia-Pacific, said, “Discovery Kids is about igniting children’s curiosity and making learning fun. The Fixies does exactly that by combining good storytelling with the science behind how every day devices work.”

“We are thrilled to be partnering with Discovery Networks Asia-Pacific and Discovery Kids for this exceptionally heart-warming property and we are sure the series will be an enormously big success for them throughout the region, “ commented Pedro Citaristi, Distribution Manager, Atlantyca Entertainment. “It was a pleasure to be working with the Discovery acquisition team  and we thank them for making this deal possible.”

“In Discovery, we have found a partner that shares our mission to spark the curiosity of children,” said Michael Mennies, one of the show’s creators and the Director of International Production at Aeroplane. “In today’s technological world we think it’s vital for children to gain an understanding of how the things they use every day work and how to use these things safely, and so we are delighted that Discovery Networks will be spreading The Fixies’ stories of friendship and learning to more and more kids around the world.”