The long-time studio collaborator brings extensive experience in broadcast production and post-production advertising; will focus on strategic partnerships and expanding the company’s reach across local and new global territories. 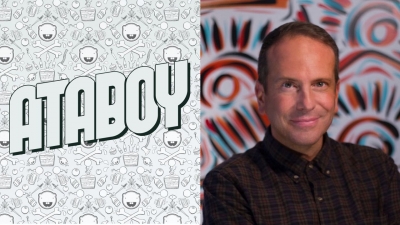 Design-led content creation studio, Ataboy, has announced that longtime collaborator Cameron Gray has come onboard as executive producer. This comes on the heels of a recent partnership with creative management company Sharon & Perry, collaboration with Brooklyn-based gallery Art Cake, and a successful campaign for White Castle.

Gray has a background in both broadcast production and post-production advertising, having most recently served as executive producer for New Light and previously as senior producer at The Mill. He has built strategic partnerships having collaborated with agencies such as Publicis; Vayner; Velocity; BBDO; Deutsch; and Mythology and on campaigns for global brands including Pepsi; Target; Captain Morgan; 7-Eleven; Red Lobster; Stila Cosmetics; Home Depot; and MiO.

Before joining Ataboy, Gray already had an established connection with founder and creative director Vikkal Parikh; over the last decade Gray has collaborated with the company on numerous projects. In his new role, Gray will focus on a hands-on approach with clients, building and managing existing client relationships while building new ones.

“There are so many opportunities ahead that I am truly excited about offerings we are able to provide at Ataboy, where I can keep a constant personal touch throughout every job,” shared Gray. “I look forward to maintaining and delivering the utmost highest level of work and creating narratives that expand the reach of Ataboy across local and regional territories.”

“Having known Cameron for a decade, I am so excited to be teaming up,” added Parikh. “We have collaborated with him in the past on several projects and were always blown away by his professionalism and attention to details. Besides his experience in production, his people skills and entrepreneurial mindset makes him the perfect fit. He is not only incredibly talented but a genuinely good human being.”