The creator of the now Autodesk-owned 3D sculpting tool, Mudbox, Cardwell was a recipient of the Academy’s Technical Achievement Award in 2013. 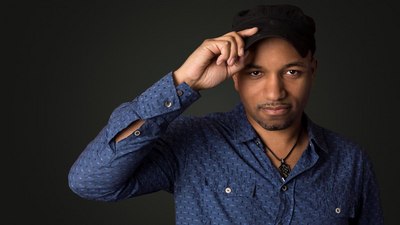 “Spin is very delighted to welcome Dave into our family. His level of experience is only surpassed by his creative, imaginative and practical solutions to asset creation. Dave’s leadership skills have not only inspired confidence in his team, they have also provided mentorship. As our industry continues to evolve, we are excited to surround ourselves with top talent that will create a positive influence and help shape the way we work going forward”, says Neishaw Ali, Spin President and Visual Effects Executive Producer (Game of Thrones, Mortdecai).

“I’ve been blown away with the level of talent and technical sophistication at Spin. There is a pulse of positive attitudes driven to deliver world-class imagery. I’m excited to work with the Assets team to continue to create award-wining work.” Dave Cardwell, Asset Supervisor (Lord of the Rings, King Kong).

The 2013 recipient of The Academy’s prestigious Technical Achievement Award, honoring pioneers who have contributed in significant and lasting ways to motion pictures, Dave has been carving a path as a VFX artist and innovator for close to twenty years.

He was a Co-Founder/ Creator of Mudbox, later acquired by Autodesk, where he developed sculpture and texture painting tools used at some of the worlds leading visual effects companies today.

Dave began his career as a Designer and Class A Surface Modeller working for Ford in Detroit and Mercedes Benz in California. He moved on to a Senior Character and Environmental Modeller position at Weta Digital working on Peter Jackson’s Oscar winning blockbuster trilogy The Lord of the Rings, King Kong and Alex Proyas’ I-Robot. He later joined EA in their Sports Division to strengthen the character creation process, developing proto-type modelling tools to more efficiently create photorealistic facial likeness for FIFA and NBA games.

Following his success with Mudbox, Cardwell continued his pursuit of visualization technologies, expanding his experience into real-time asset creation, texturing, shading and animation. He has successfully directed and distributed several games and mobile visualization products.

At Spin, Dave will head up the Assets team, ensuring quality assurance and creative control of asset production with a focus on managing the technical make up and execution of the designs.

Spin VFX, has created stunning visual effects for over 75 features and 15 television series, including Emmy award-winning work on HBO’s Game of Thrones.

The studio is in production on the high concept television series The Expanse for SyFy, the Mary Queen of Scot’s series Reign for CW and recently wrapped film work on the Lionsgate comedy Mortdecai starring Johnny Depp and the heroic Chilean miners story, The 33, directed by Patricia Riggen.