In celebration of International Animation Day, ASIFA-SF, The Disney Family Museum and the National Film Board of Canada are hosting an in-person evening with filmmakers Torill Kove and Nicola Lemay. 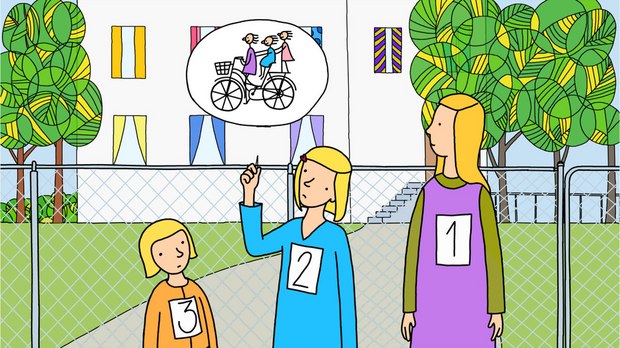 In collaboration with ASIFA-SF and The Disney Family Museum, the National Film Board of Canada will present an in-person evening with two remarkable NFB filmmakers: Torill Kove, director of the Academy Award-winning short film, The Danish Poet, and Nicola Lemay, director of No Fish Where to Go, winner of FIPRESCI Prize at Annecy 2014.

The event, held in celebration of International Animation Day, takes place on Friday, October 3, at 7:00 PM at The Walt Disney Family Museum. Tickets are free for ASIFA-SF members and one guest. Reservations sent to karlcohen@earthlink.net (link sends e-mail) must be received by Thursday, October 2 at 8:00 PM.

Torill Kove will show her witty semi-autobiographical trilogy for the NFB. My Grandmother Ironed the King’s Shirts (2001) was nominated for an Academy Award, and The Danish Poet (2006) won the Oscar for Best Animated Short. Her latest NFB film, Me and My Moulton, recounts memories of growing up in a creative and unconventional family in 1960s Norway. In addition to screening the three films, Torill will discuss the creative process of writing, storyboarding and animating shorts, using clips, sketches and storyboard panels from her past and current works.

Nicola Lemay has been an acclaimed collaborator with the NFB since 1999 as an animator, designer and director. Following his one-minute episode of NFB’s innovative Science Please! TV series, Nicola will show his new film No Fish Where to Go, co-directed with Janice Nadeau and winner of the FIPRESCI Prize at this year’s Annecy International Animation Festival. His presentation will address the challenges of adapting a renowned illustrated literary work into a powerful animated short.

The program will also include three new NFB animations, including Michèle Cournoyer’s Soif, a depiction of alcoholism in the bold, metamorphic graphic style of The Hat, her acclaimed study of sexual abuse; Marie-Jose Saint-Pierre’s Jutra, an animated short documentary about Claude Jutra, the celebrated French-Canadian director of live-action features, who committed suicide after becoming afflicted with Alzheimer's disease; and Tali’s Bus Story, winner of the Best Short Film award from the Annecy 2014 Junior Jury.