Celebrate International Animation Day 2021 with ASIFA India from October 26-28. The free virtual event features three days of power-packed programs including the presentation of masterclasses lead by industry experts in animation, games and VFX. Topics will range from traditional art techniques to cutting edge technology with a case study of an Oscar winning film, Tenet. The events are free, and all are welcome to join the online sessions – register here. 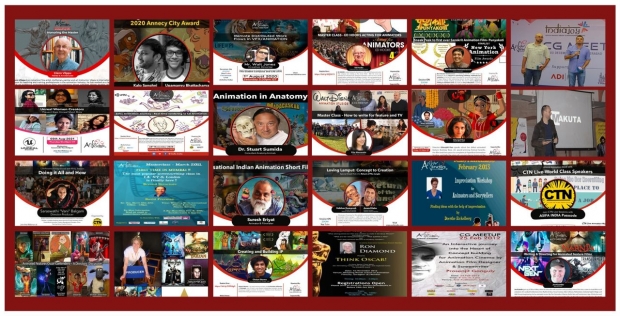 Join Epic Games’ Arvind Neelakantan with a look at the world of real-time pipelines for animation using Unreal Engine. Neelakantan has been in the games and animation industry for 13 years working with industry leading studios such as The Walt Disney Company, Nickelodeon and Unity.

DNEG, India Head of VFX Jigesh Gajjar will present a case study of the 2021 Oscar-winning film for outstanding VFX, Tenet. The 40-minute discussion will go behind the scenes to discuss how DNEG pulled off the incredibly complex effects for Christopher Nolan’s ambitious film. Gajjar has worked on Oscar-winning films such as Life of Pi, Blade Runner 2049, and First Man.

On International Animation Day ASIFA India’s flagship event will honor the foundations of art with a special 90-minute program and demonstration featuring artist Glenn Vilppu, a master of classical animation. For over 50 years Vilppu has trained artists at studios such as Disney and Marvel. His books and videos are used by universities and art schools around the world. The program will be followed by a raffle where a few lucky fans can win a book signed the artist himself.

The event’s sponsors include Unreal Engine, Creative Multimedia, DNEG, IACG, Dancing Atoms and Arena Animation, all which are committed to the positive momentum and support the growth of artists, and advancements in art and technology in India.