ASIFA-East is currently accepting entries for the 2014 ASIFA-East Animation Film Festival; the deadline for submissions is January 3, 2014. 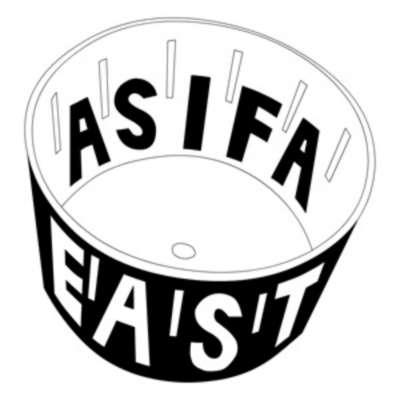 NEW YORK, NY -- ASIFA-East is currently accepting entries for the 2014 ASIFA-East Animation Film Festival. Awards will be given out across a variety of categories and craft from student, commercial, and independent entries to excellence in writing, design, and animation. All films are due February 3rd, 2014. Late entries must be received no later than February 7th, 2014. Please visit http://www.asifaeast.com/festival/ to download the entry form and to view all festival details.

Jury screenings will be held in March of 2014, with an Awards Ceremony on May 18th, 2014. All current ASIFA-East members are eligible and strongly encouraged to participate in the juror screenings. For information on becoming a member, please visit http://www.asifaeast.com/about-us/.

Debuting in 1969, the ASIFA-East Animated Film Festival is one of the longest running festivals of its kind. The festival is a unique showcase for the most groundbreaking independent and commercial animation being produced in the industry today. Every February, entries are submitted and judged during special jury screenings in March. Only current ASIFA-East members are permitted to vote for the winning films. The votes are sealed and tallied by an independent accountant and announced at a special awards ceremony in the spring. The exciting evening continues with a lively reception, where award winners, members of the industry, and animation enthusiasts can meet one another, enjoy a few refreshments, and network.

ASIFA-East is the Eastern U.S. chapter of ASIFA, based in New York City. ASIFA-East hosts monthly screenings of animated films along with other events of interest to those in the East Coast animation community, as well as fans of the medium.