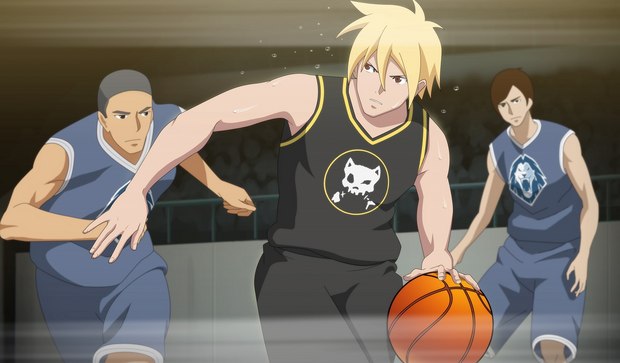 Targeting young adults, the show aims to reach out to not only basketball fans but also aficionados of primetime-scripted programs around the world. The show will originally be recorded in Tagalog by an all-Filipino celebrity cast and is of an unprecedented scale for such an international endeavor and the first of its kind in the Philippines. Barangay 143 will be distributed internationally by August Rights (August Media Holdings’ distribution arm) and TV Asahi.

“Our collective decision to tell this story of Barangay 143 is a result of extensive focus group research and a creative process that has been exciting to say the least,” Saha commented. “Given the increasing popularity of animated titles among young adults, we believe time is right for South East Asia to deliver its first anime series of this magnitude for the regional and global markets. TV Asahi with their track record also makes the perfect partners for this.”

“We’re truly enjoying the coming together of this series as a 360-degree concept. This story of love, hubris, drama, crime and basketball is soon launching as a subscription game with a mobile Telco,” Chua added. “Closely followed will be the consumer products line and then the series during Spring 2017.”

“We are very excited to be part of Barangay 143. Collaborating with the talents and the creative team in the Philippines and producing such a significant show for South East Asia and the rest of the world in Japanese anime style has been an immensely challenging but great working experience for us,” said Kishimoto. “We hope this venture will open new doors not only for ourselves but the entire Japanese animation industry.”

Barangay 143 (13 x 44-minute or 26 x 22-minute) is a gritty story where the stakes are high, about never giving up and a game called life. Bren Park who loves basketball rejects his destiny to become a great player when tragedy strikes his family. He swears never to play basketball again and journeys to the Philippines where he finds his way back to himself, his heart and the game. In Manila, legendary basketball coach, Coach B seeks justice for the death of his son. He begins by using the very game that took his son from him, to find the culprits and bring down a syndicate. But he needs a captain, a leader who will take his ragtag team of misfit players to victory. Tied by their tragic loss and by the game that took everything away from them, Bren and Coach B soon through basketball find peace, justice, forgiveness, redemption and love.