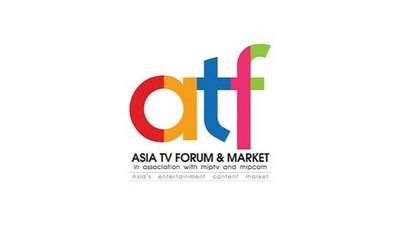 C-Level Summit Keynotes to Address the Business of Disruption In line with the theme of “Managing the business of disruptors,” David Fernando Audy, President Director of PT Media Nusantara Citra Tbk (MNC) will take to the stage, addressing today’s evolving landscape in the digital realm.

At a separate session, Yong-Ju Jeon, Chief Executive Officer of D’Live and iHQ (South Korea) will share his vision for creating value in the world of the digital disruption. D’Live is one of South Korea’s largest multiple system operators. With the highest rate of digitisation amongst its peers within the country’s cable television sector, the multimedia company is well-regarded as an industry leader in adopting new technologies.

Under Jeon’s leadership, D’Live grew to become one of South Korea’s largest cable TV service providers, while iHQ established itself as one of the country’s top talent agencies. Both entities have also attracted the attention of large international entertainment businesses. Earlier this year, D’Live beat other major pay TV operators to secure an exclusive licensing deal with Netflix in South Korea. Separately, iHQ is expected to receive US$15 million of investment from A&E Television Networks LLC, a subsidiary of Walt Disney Company – a move that will pave the way for the South Korean company to enter the global entertainment content market.

Junior @ ATF Keynote to Delve Into Brand Extension through Collaboration Prior to his appointment at MNC Animation, Oh held a number of positions, including supervising director, director and artist, at well-known studios such as Cartoon Network, Disney, Nickelodeon and Warner Brothers -- in addition to others in Korea and Japan. During his tenure at these studios, Oh worked on numerous animation projects well-recognized in the industry, including Avatar: The Last Airbender (Season 3), Fire Breather, Generator Rex, Macross Zero, Tinker Bell films, Tron Uprising and Wonderful Days.

At the end 2014, Oh was brought on to helm MNC Group’s aggressive investment in expanding its animation arm. In continuing efforts to bring its content overseas, MNC Animation recently signed a memorandum of understanding with the Korea Creative Content Agency, covering the fields of animation, music, and entertainment programs.

With 60 percent of the world’s population residing in Asia, the continent boasts a dynamic mix of highly-developed television markets and others with untapped potential. China remains attractive, with recent statistics showing that Asia-Pacific’s top three operators, all of which are in China, will account for one-third of the region’s pay TV subscription growth between now and 2021. Amongst Asian markets with immense potential is Indochina -- comprising Cambodia, Laos, Myanmar and Vietnam (CLMV) -- whose gross domestic product growth is expected to outpace the whole of Asia in the years to come. Similarly, strong economic development in Southeast Asia has spread wealth; leading to market research firm Nielsen’s forecast that the middle-class population will more than double to 400 million by 2020.

On the back of such an awakening, ATF will -- for the first time -- place a spotlight on China, Indochina and Southeast Asia, three territories not to be ignored.

Key players within China’s entertainment content industry will provide insights at two sessions held on 8 December 2016. At “Navigating China: What You Always Wanted to Know,” new regulations will be decoded and trade secrets unveiled by well-established panelists:

Continuing the spotlight on an important Asian territory, “Market Focus: Selling to Indochina” (8 December 2016) will shed light into CLMV, with distinguished analysts from renowned research houses and significant industry players:

Additionally, “Market Focus: Southeast Asia – The Content Triangle” (7 December 2016) will delve into the changing relationship between platforms, content creators and brands in the bloc, and how the pursuit of an audience is more important than ever. Delegates will hear from the following industry veterans:

Taking place December 6-9, 2016 at the Marina Bay Sands, Singapore, ATF is co-located with ScreenSingapore, and is part of the Singapore Media Festival. More information about the full ATF conference program is available here.