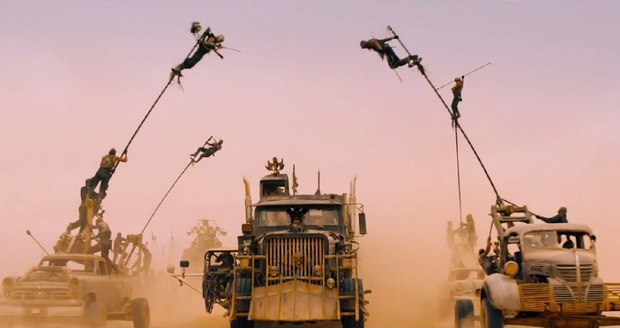 LOS ANGELES -- The nominees in the theatrical release category of the 30th Annual American Society of Cinematographers (ASC) Awards for Outstanding Achievement are Roger Deakins, ASC, BSC for Sicario, Janusz Kaminski for Bridge of Spies, Ed Lachman, ASC for Carol, Emmanuel Lubezki, ASC, AMC for The Revenant and John Seale, ASC, ACS for Mad Max: Fury Road. The winner will be revealed on February 14 during the ASC Awards gala at the Hyatt Regency Century Plaza in Los Angeles.

“Our members have spoken with a fabulous group of choices,” says ASC President Richard Crudo. “The quality of the work is astounding and it's great to see we're once again at the forefront of giving recognition where it's due.”

Lachman was previously nominated in 2012 in the television movie category for HBO’s Mildred Pierce, and in 2003 for the feature film Far From Heaven.

“Each of the nominated films represents a different genre and masterfully distinct visual styles,” said ASC Award Chairman Daryn Okada. “We look forward to celebrating the extraordinary accomplishments of these nominees.”