American Society of Cinematographers to bestow Board of Governors Award to esteemed director-producer. 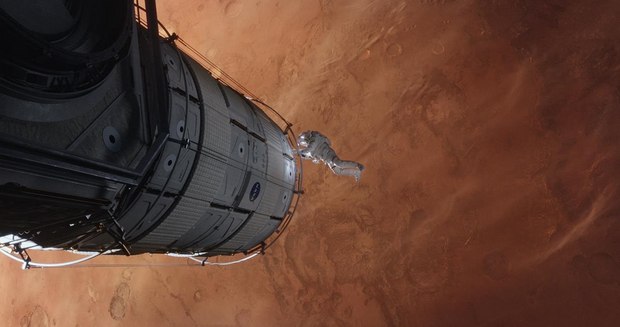 LOS ANGELES -- The American Society of Cinematographers (ASC) will honor the extraordinary achievements of director-producer Ridley Scott in advancing the art and craft of filmmaking by bestowing him with the organization’s annual Board of Governors Award. The presentation will be made during the 30th ASC Awards for Outstanding Achievement on February 14, 2016, at the Hyatt Regency Century Plaza.

Scott is a renowned Academy Award-nominated filmmaker honored with Best Director Oscar nominations for his work on Black Hawk Down (2001), Gladiator (2000) and Thelma & Louise (1991). All three films also earned him DGA Award nominations. Scott’s most recent releases include the critically acclaimed box office phenomenon The Martian, Exodus: Gods and Kings, The Counselor, and Prometheus.

"Ridley Scott's work has always demonstrated a sensitivity to the image that is unique and venerable,” says ASC President Richard Crudo. “This is a well-deserved honor for one of our great visual stylists, and I'm so very pleased that the ASC has chosen to honor him this year."

In 1977, Scott made his feature-film directorial debut with The Duellists, for which he won the Best First Film Award at the Cannes Film Festival. He followed with the blockbuster science-fiction thriller Alien, which catapulted Sigourney Weaver to stardom and launched a successful franchise. In 1982, Scott directed the sci-fi classic Blade Runner, which resides in the annals of the U.S. Library of Congress’ National Film Registry.

His additional film credits as director include Legend, Someone to Watch Over Me, Black Rain, 1492: Conquest of Paradise, White Squall, G.I. Jane, Hannibal, Body of Lies, A Good Year, Kingdom of Heaven, Matchstick Men, and Robin Hood.

Scott and his late brother, Tony, formed the commercial and advertising production company RSA in 1967. RSA has an established reputation for creating innovative and groundbreaking commercials for some of the world’s most recognized corporate brands, including the “1984” ad for Apple, which introduced the Mac computer. They also formed the film and television production company Scott Free, which produced such films as In Her Shoes, The A-Team, Cyrus, The Grey and the Academy Award-nominated drama The Assassination of Jesse James by the Coward Robert Ford.

On television, Scott executive produces the Emmy, Peabody and Golden Globe-winning hit The Good Wife for CBS. Scott has also been an executive producer on the company’s long-form projects, including the miniseries The Pillars of the Earth (Starz), The Andromeda Strain (A&E), The Company (TNT), along with the award-winning HBO movies RKO 281, The Gathering Storm, Gettysburg, and Into the Storm; and the hit National Geographic Channels’ telefilms Killing Lincoln, Killing Kennedy, and Killing Jesus. Additionally, he executive produces the Amazon Studios Series The Man in the High Castle, which has earned an ASC TV nomination this year for the pilot.

Scott directed his first-ever television pilot, The Vatican, for Sony Pictures Television in 2013. Written by Paul Attanasio, the show explores the relationships, rivalries, mysteries and miracles taking place within the Catholic Church. Scott will also executive produce the series.

In recognition of his contributions to the arts, Scott was awarded a knighthood from the Order of the British Empire in 2003.