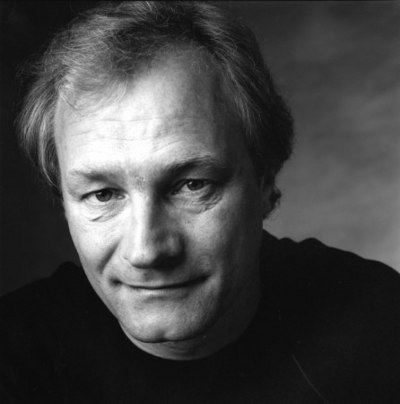 LOS ANGELES -- Board of Governors of the American Society of Cinematographers (ASC) has elected Kees Van Oostrum to serve as president of the organization. This is Oostrum’s first term, which will run for one year, beginning immediately. The ASC Board also selected its slate of officers. They include: Bill Bennett, Dean Cundey and Lowell Peterson as vice presidents; Levi Isaacs as treasurer; Fred Goodich as secretary; and Roberto Schaefer as sergeant-at-arms.

“It is our task as an organization to educate the industry on the value of the cinematographer as authors of the images, to be involved in advancing imaging technology, and most importantly, to promote our artistry,” said Van Oostrum. “I’m honored to be selected along with these officers to lead my peers and colleagues into new visual frontiers, and continue the educational mission of the organization.”

Oostrum previously served as vice president and has fulfilled other roles over the years on the ASC Board. He is also the chairman and originator of the ASC Masterclasses, which take place five times a year due to popular demand and sell-out enrollment. The Masterclass is one of several educational initiatives of the ASC. Inaugurated in 2013, the one-week course is taught by award-winning cinematographers. It is designed for cinematographers with an intermediate-to-advanced skill set, and incorporates practical, hands-on demonstrations of lighting and camera techniques with essential instruction in current workflow practices.

The ASC supports many initiatives to help the next generation of filmmakers, as well as ongoing educational programs that highlight the important role of the cinematographer, especially in today’s digital workflows and democratization of tools. In addition to the Masterclass, other efforts of the organization include its Student Heritage Awards, Breakfast Club seminars, panel discussions by the Education and Outreach committee, the Friends of the ASC membership, and the ongoing committee collaborations with other industry participants vital to the image-making process. Perhaps most notable is the ASC Technology Committee, which has proven unique in its ability to shape the standards and practices of cinematography for digital workflows.

“The Masterclasses have been very successful and we hope to expand them to an international level,” added Van Oostrum. “With partner associations worldwide and the support of our community of associate members, there is great promise in the immediate future to develop these and new programs that will help promote the importance of authorship in the creation of artful content.”

Van Oostrum has earned two Primetime Emmy nominations for his work on the telefilms Miss Rose White and Return to Lonesome Dove. His peers chose the latter for a 1994 ASC Outstanding Achievement Award. Additional ASC Award nominations for his television credits came for The Burden of Proof, Medusa’s Child, and Spartacus. He also shot the Emmy-winning documentary The Last Chance. Currently, he serves as director of photography on The Fosters which airs on Freeform.

A native of Amsterdam, Van Oostrum studied at the Dutch Film Academy with an emphasis on both cinematography and directing, and went on to earn a scholarship sponsored by the Dutch government which enabled him to enroll the American Film Institute (AFI). Van Oostrum broke into the industry shooting television documentaries for several years. He has subsequently compiled a wide range of some 80-plus credits, including movies for television and the cinema, such as Gettysburg and Gods and Generals, and occasional documentaries.

ASC was founded in 1919. There are 340-plus active members today who have national roots in some 20 countries. There are also 150 associate members from ancillary segments of the industry.