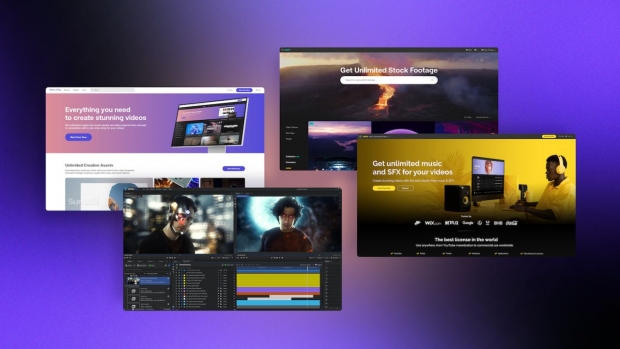 Creative technology company Artlist has acquired FXhome, a developer in the video and image software industry. Terms of the deal were not disclosed. The move comes on the heels of Artlist's recent acquisition of digital assets marketplace, Motion Array; both deals continue the company’s expansion into software development, furthering its goal of becoming a one-stop-shop solution for content creators.

Founded in 2001, FXhome is a software and visual effects developer started by indie-filmmakers who wanted to help the creative community with easy-to-use tools to make Star Wars lightsaber visual effects. Since then, the company has developed the editing and VFX software HitFilm, as well as a real-time mobile virtual studio iOS app, image editing, and greenscreen programs.

Established in 2016 as a music licensing company, Artlist has grown its library to over 820,000 digital assets. The company launched the stock footage site Artgrid in spring 2019, and released an extensive catalog of high-quality sound effects at the beginning of 2020. In late 2020 the company’s digital asset library was further bolstered by the acquisition of Motion Array. Now with the integration of FXhome’s wide-ranging video, VFX, compositing, and image editing software tools, six million creatives will be serviced under the Artlist umbrella, raising the platform’s total number of global users to 13 million.

In addition to the music and visual licensing capabilities already available to Artlist users, the FXhome acquisition will give users access to the following tools:

“FXhome’s addition helps position Artlist alongside companies like Adobe by providing a 360-video creation solution that includes both editing tools and assets,” commented Artlist co-founder and co-CEO, Ira Belsky. “From now on, creators of all levels will find at Artlist everything they need to create amazing content, from innovative editing tools to the best digital assets”.

“We have always considered ourselves industry disruptors,” explained Artlist co-founder and co-CEO Itzik Elbaz. “We started by revolutionizing the licensing industry with our subscription-based model, and we made the FXhome acquisition in the same spirit. Always focusing on answering creators’ needs and giving value to our users, our mission is to provide cutting-edge creative tools and assets that empower and inspire people to express their ideas through video, no matter their level of expertise.”

"Artlist and FXhome will build the best tools for the next generation of content creators," added FXhome founder Josh Davies. "By joining forces, we'll enable millions of new creatives to have a voice and tell their story using the best content and software imaginable. For 20 years, that has been the FXhome dream, and I can't wait to make it a reality with our friends at Artlist!"