Coming to The National Gallery of Art November 25, the installation features a live visual and music performance, an artist talk, and a demonstration of interactive animated artworks. 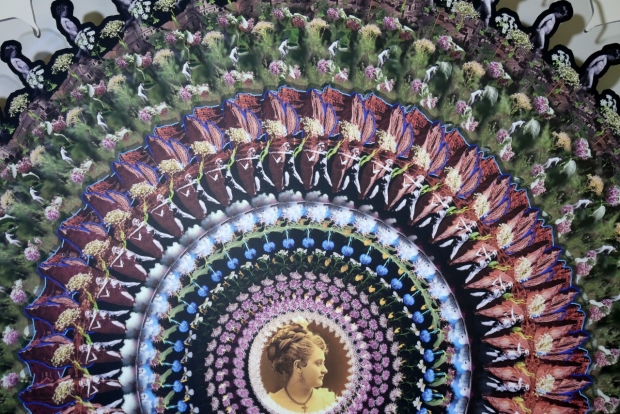 Internationally recognized practitioner of the “animated arts avant-garde,” Eric Dyer, will present “rEVOLVE: Contemporary Zoetropic Art” at The National Gallery of Art in Washington, D.C., November 25. Focusing on one of the keystones of animation, the zoetrope, or ‘wheel of life,’ the exhibit will feature a live visual and music performance (with pianist Jiayin Shen), artist talk, and demonstration of interactive animated artworks. In addition, it will reveal animation as a participatory sculpture and performance driven by exploration and discovery.

A Fulbright Fellow, Dyer has been honored as a Sundance New Frontier Artist, Creative Capital Grantee, and Guggenheim Fellow. He is a recipient of numerous awards, including Best Animated Film and Best Experimental Film at the Ann Arbor Film Festival and Jury’s Choice, Jury’s Citation, and Director’s Choice awards at the Black Maria Film and Video Festival. He has been a visiting artist at Carnegie Mellon University, East China Normal University, California Institute of the Arts, and the Royal College of Art (London, UK).

Dyer’s films and interactive animated sculptures have been exhibited at the Smithsonian National Gallery of Art, Ars Electronica, Tabakalera, ARoS Museum of Modern Art, and on screens of New York City’s Times Square. In addition, his work is recognized in leading academic books in Animation Studies, and his Ted Talk “The Forgotten Art of the Zoetrope,” sharing his art practice, has been viewed over 1.1 million times. He is represented by the Ronald Feldman Gallery in New York City.