Artifex Delivers the Futuristic VFX of ‘Continuum’ with ftrack 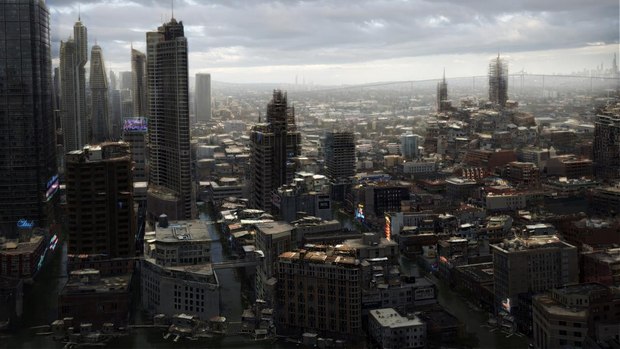 Science fiction has become a strong focus for Artifex in recent years, and the team is currently working on the farewell seasons of two ongoing shows: Continuum on SyFy and Falling Skies on TNT. Juggling multiple VFX-intensive series commitments is challenging, no doubt, but Artifex relies on ftrack to help the team manage the workload -- and according to the team, it's the best system they've encountered.

“In the past, we’ve used other systems for tracking our work, but didn't feel like anything worked well specifically for episodic TV,” says Adam Stern, President at Artifex. “But with with ftrack, the team seems to have really had that in mind when developing.”

Continuum in particular has been an especially significant project for Artifex. The team was brought in at the very start, and was given free rein to put its own stylistic spin on many effects. Artifex worked closely with showrunner Simon Barry to develop the futuristic setting, from envisioning urban skylines to creating sleek sci-fi vehicles. “It was an absolute blast,” says Stern with a smile.

Continuum stars Rachel Nichols as Kiera Cameron, a City Protective Services agent from 2077 who is accidentally sent back in time while pursuing freedom fighters. Stuck in the comparatively quaint 2012, she helps the Vancouver Police Department to track down those escaped foes using her advanced technology and knowledge -- all while attempting to get back home to her family.

As the series has grown in scale, so too has the show’s complexity, introducing new elements and enemies that Artifex had to bring to life for the small screen. For example, at the end of the previous season, the show introduced futuristic Time Marines, rendered entirely in CG by Artifex. Those characters will continue to feature more significantly in the fourth and final season. Other recurring duties throughout the series have included creating impressive 2077 cityscapes, vehicles and weaponry. Much of their work also centers on Cameron's “super suit,” which has its own interface elements projected along her body. She also has an implanted device within her that displays a computerized HUD within her field of vision.

Although the Continuum universe has expanded and its popularity has grown, the amount of time available to Artifex to complete the work hasn't. Most of the time the team had between two and four weeks to finish shots for a single episode. However, for season three, the accelerated production schedule meant many episodes needed their shots within a week. “Hopefully we won't have to do that again!” Stern exclaims.

With cramped, compressed production schedules, it's absolutely essential that a VFX studio like Artifex is able to stay on top of its myriad duties and stick to schedule. Stern says that ftrack has been crucial in doing just that. “Truly the biggest challenge with Continuum is the delivery schedule,” he explains. “Keeping things as organized as possible is always a benefit -- ftrack has helped with this in a huge way. We can easily keep track of multiple episodes, each containing dozens -- and sometimes hundreds -- of shots, without having to get into custom development,” he adds. “It's perfect for a smaller studio like Artifex.”

ftrack supports custom enhancements, of course, but depending on a studio's needs, it may not be necessary at all. Artifex had previously used Autodesk-owned Shotgun for project management, making a significant investment into custom connections with programs like Autodesk Maya and The Foundry’s NUKE. However, when Shotgun underwent changes, the custom solutions broke down. “It didn't seem terrifically viable without full-time pipeline dev here,” says Stern, recalling frustrations of the past. “So, one of the things that we found most attractive about ftrack was the ability to use it 'out of the box',” he explains. “We didn't want to have to go down the custom development road again if we could avoid it.”

ftrack's built-in Adobe Photoshop integration has been a significant boon for Artifex. Previously, Stern says that, without Adobe Photoshop support in their previous solution, his matte painters and concept designers tended to stray out of the pipeline pretty quickly. “They were always a bit 'looked-over' when it came to our pipeline,” he recalls.

That's no longer a problem now that Artifex uses ftrack, which allows the wider team to remain on the same page when it comes to production assets and timelines. “ftrack's Photoshop integration gives the art team the same submission/note-taking/receiving options as our compositors and 3D artists, and allows our compositing and 3D department to keep better track of the assets our concept/matte painting team are providing,” says Stern.

Artifex especially loves the team management and scheduling features, having not had an ideal solution for it in the past. Stern praises the layout as “clean and easy to use. Built-in review tools work well, and note giving/receiving works flawlessly.”

He also says his producing-minded brain loves the ability to track bid time against the actual time spent on a project. “It gives me a great window into how we are performing, and what we need to change moving forward.”

ftrack enabled Artifex Studios to produce excellent VFX work for Continuum on tight deadlines, and now that experience is guiding the studio towards a new endeavour: pursuing original projects in-house.

Stern has written and directed The Adept, a short science fiction film starring two actors from Continuum, with multiple series veterans also on the crew. Artifex produced the short and is handling VFX, and Stern says that the successful work on the project should set them up well to produce further film and TV projects in the coming months and years.

“It's been a truly fantastic experience, and I hope to do it again,” Stern says. “It allowed us to test the waters as a small production company, and I feel it worked quite well. It also allowed us to control all aspects of the pipeline, which was a true pleasure. Our VFX turnovers and deliveries were flawless, and the team here could have confidence in knowing our VFX approval process would be very efficient.”