Veteran ad agency and commercial industry head of production previously led production departments for DDB NY and FCB, and was a founding partner of independent agency Berlin Cameron and Partners. 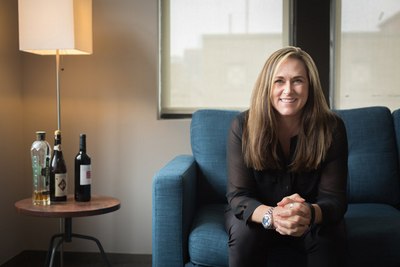 NEW YORK -- Vico Sharabani, the founder and creative director of art and technology company The Artery VFX, has announced the immediate addition of veteran ad agency and commercial industry head of production, Deborah Sullivan to the position of executive producer and managing director.

One of Sullivan’s first projects for the company has been producing the five-spot national smart cars "city smart" campaign for Merkley+Partners. Representing The Artery's expanding role in supporting its top-tier clientele, Sharabani directed the live-action campaign, with The Artery handling editorial, visual effects, final color and finishing.

"Since 2012, we've been supporting major clients in a very intimate and exclusive manner; now, our secret service is out," Sharabani commented. "We are expanding very rapidly into a multi-disciplinary art and technology company. As a key part of our senior management team, Deborah is already playing a crucial part in leading this growth. Her vast experience in top-tier agency, production and editorial operations is helping us grow in strategic and systematic ways."

Most recently managing director and executive producer for international post-production companies NO6 and Peepshow Post, Sullivan's previously led advertising production departments for DDB NY, FCB and others. She was a founding partner of independent agency Berlin Cameron and Partners. She also held executive producer posts with @Radical.media, Red Dog Films and The Bomb Factory. Along the way, she has built solid relationships with top-tier artists, produced work for the world's most iconic brands, and garnered an impressive list of awards, including Effies, Cannes Lions, AICE and AICP awards, to name but a few.

"What attracted me to The Artery is the focus on the artistry and that, throughout each project, the artists lead the work," Sullivan explained. "A world-renowned Flame artist himself, Vico has assembled an amazing group of artists that lead all of the disciplines - VFX, color, CG, 3D and animation, along with Virtual Reality and experiential capabilities. This is a very special team."

In light of the expansion that has more than doubled The Artery's capacity over the past few weeks, Sullivan is also focusing on melding all the new capabilities into the company's offerings.

"With this growing roster and an amazingly robust pipeline in place, we're perfectly positioned to partner with creatives, directors and producers around the world to deliver the absolute highest level of creative work," concluded Sullivan.