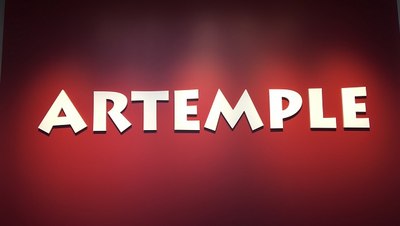 Culver City, CA -- Full-service visual effects and design studio Artemple-Hollywood has expanded its in-house team with the addition of two seasoned industry veterans to its ranks.

Richard Kidd has been hired as the company’s new Creative Scott McCullough has been named as the company’s new in-house Director and Director of Photography. McCullough is an award-winning commercial director who will specialize in live action production for Artemple’s clients seeking commercials, long form and digital content.

“This is an exciting time,” said Wei Zheng, Principal/Executive Creative Director, Artemple-Hollywood, in making the announcement. “We’re thrilled to bring two seasoned pros to our core creative team. Richard possesses a high level of expertise that is rare to find, especially with respect visual effects supervision. Scott is a wonderful collaborator and we couldn’t be happier having him on board. As a Director and DP, he brings a great deal of experience and talent to our company.”

“The opportunity to work alongside a tremendous talent like Wei, within in a state-of-the-art creative studio, was very exciting to me. I’m really looking forward to working with the entire Artemple team in helping filmmakers realize their vision,” added Kidd.

“It’s an honor to be with such a talented group,” said McCullough. “Visual effects today play such an integral role in almost every shot. With this team’s level of skill, knowledge and affiliation with top filmmakers and studios, we can collectively provide a turnkey solution and creative studio experience for our clients.”