Collaborative short film kicking off the 2016 edition of the CTN animation eXpo on Friday, November 18, followed by a panel with director Tim Rudder and other members of the creative team behind the project. 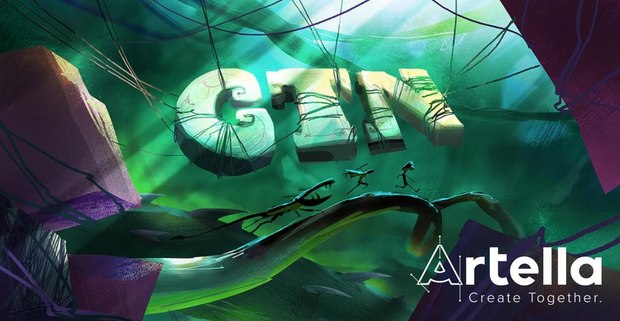 Artella, the collaborative cloud-based platform for making animated content based in Emeryville, CA, has created the show open for the 2016 edition of the CTN animation eXpo, the annual confab held in Burbank, CA and now in its eighth year. Hosted by The Creative Talent Network, The CTN animation eXpo will be held this year November 18-20.

Entitled Duel, the short film will premiere at the beginning of the show at Noon on Friday, November 18 in the Main theatre of the Marriott hotel followed by a panel with director Tim Rudder and other members of the Duel team.

“About eight months back I approached Tina Price, founder of the CTN animation eXpo, to see if she would consider having the Artella community make an original animated short film to kick off the 2016 conference. She was incredibly supportive of the idea so we went to work,” Artella co-founder and Pixar veteran Bobby Beck writes on the company’s blog page. “The core of Artella is in bringing talent together from all over the world to make animated content remotely from concept to completion. We wanted to make sure the project was directed and homegrown with talent from the community instead of having it being driven by one of the founders of Artella. This allowed the project to develop as the platform was intended; organically. We have been attending CTN since it launched in 2009 and are proud to have Artella represent this incredible eXposition of artistic talent.”

“Working on this project has been an amazing experience. We’ve managed to build an incredibly talented team across 12 countries and 16 time zones, all working through the Artella pipeline to bring an idea to life. The motivation and drive brought to the short by each individual is taking it far beyond what Bobby and I originally envisioned and it’s inspiring to witness collaboration unfold in this way,” Rudder says of the collaboration. “Together we hope to create something that is not only a visual feast, but also embraces the core reason CTN brings together a diverse group of people from all over; our shared passion for delving into the depths of imagination and making those worlds a reality for others to enjoy.”

“I’m a big fan of Tim’s work and spirit and it’s been amazing to see how he’s put together and led such an outstanding team to make something inspirational that embodies the diversity and creativity that both CTN and Artella are all about,” Beck adds.

“With CTN’s long history of ‘Putting the Talent Center Stage,’ when Bobby approached me to kick off this year’s eXpo with a short piece of animation from the Artella community I was all in,” says Price. “I explained our theme for this year’s event, ‘Forces of Mass Creativity,’ and I immediately got swept away into a super creative and collaborative journey called Artella. But the most exciting part was seeing the various stages all come together from the many voices around the world speaking as one. I am very honored and excited to open this year’s CTN animation eXpo with Artella.”

Head over to the Artella blog to learn more about Duel.