Genius Brands and Alibaba Join Forces to bring one of Stan Lee’s final projects to China. 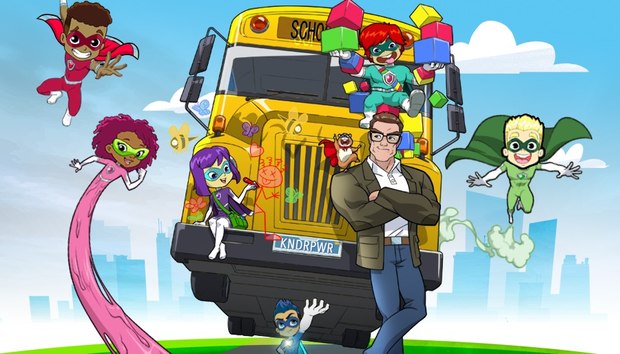 “Youku is one of the most innovative media platforms in the world with an unparalleled ability to integrate entertainment and commerce,” commented Heyward. “We look forward to collaborating with Youku to create a high-quality program in the preschool space that will resonate with a global audience.”

“With Stan Lee’s creativity, Arnold Schwarzenegger’s star power, and Genius Brands’ expertise in children’s entertainment, Superhero Kindergarten has all the elements to become a worldwide phenomenon. With Youku’s platform and technology, we are excited to help the program reach hundreds of millions of families in China and partner with Genius Brands to create this inspiring story for children around the world,” added Youku Kids general manager, Aaron Liao.

Five years ago, a tremendous superhero battle blanketed the small town of Greenvale in cosmic radiation. Shortly thereafter, a previously ordinary diverse group of boys and girls, are showing the most unusual superpowers! Their superpowers, however, rather than coming from Kryptonite, or a radioactive spider, come from items in their kindergarten classroom - white glue, wooden blocks, crayons, silly putty, etc.

A very special kindergarten teacher arrives in Greenvale to train these super-kids. Arnold Armstrong (Schwarzenegger) knows what it is like to control superpowers, because he used to be Captain Courage, the hero whose final battle resulted in the creation of the super-kids! Arnold will teach the kids how to become the heroes of tomorrow, once he teaches them how to tie their shoes! This is a series of action, comedy, and fun, based on the genius and imagination of the great creative icon, Stan Lee.