On Saturday, December 7, Ari Folman’s The Congress is awarded the prize for best European Animated Feature at the European Film Awards. 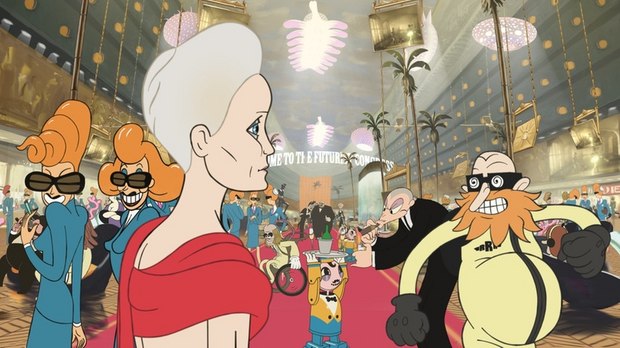 BERLIN -- The more than 2,900 members of the European Film Academy, comprised of filmmakers from across Europe, have voted for this year’s European Film Awards, with Ari Folman’s The Congress taking home the prize for best European Animated Feature Film. Voting took place on Saturday, December 7, 2013.

The Congress, from Waltz with Bashir director Ari Folman, is an experiment in live-action melded with animation adapted from Stanislaw Lem’s sci-fi novel, “The Futurological Congress.” The film stars Robin Wright, who plays herself as an actress who agrees to be digitized for money, rendering her no longer in control of her own identity, along with Harvey Keitel, Kodi Smit-McPhee, Danny Huston and Paul Giamatti.

European Comedy
Love Is All You Need, dir: Susanne Bier