Iconic artist whose work has appeared in publications including ‘Fierro,’ ‘Clarín,’ ‘Le Monde,’ ‘The New York Times,’ ‘The New Yorker’ and ‘Playboy’ was the 2012 recipient of Argentina’s Platinum Konex Award, which honored him as the foremost illustrator of the decade. 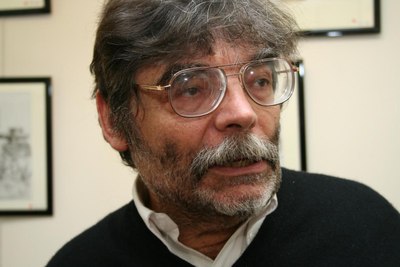 The comics world is mourning the loss of Argentine cartoonist, screenwriter, animator, painter, writer and sculptor Carlos Nine, who passed away at the age of 72 on Saturday, July 16, according to a report by the Buenos Aires Herald. He died of causes related to pneumonia in the Olivos suburb of Buenos Aires, where he had lived.

An iconic artist whose illustrations are recognized worldwide, Nine’s work has been published in several languages ​​and has received countless honors and awards, including a Clio in New York, in 1993, Caran D’Ache in Rome, in 1995, and the award for best foreign author at the French Festival of Angoulême in 2001. His most recent award was Argentina’s Platinum Konex, in 2012, which honored him as the foremost illustrator of the decade.

Nine’s illustrations have appeared in magazines ranging from Fierro, Clarín and Le Monde to The New York Times, The New Yorker and Playboy. He published numerous book titles in his home country of Argentina and more than 20 books in France, establishing a reputation there as “a towering figure of the new French comics,” according to Le Monde. Labelled a “compulsive creator,” Nine wrote and illustrated his own books, including “Crímenes y Castigos” (1991), “Fantagas” (1995), “Gesta Dei” and “¡Oh merde, les lapins!” (2002). Born in 1944 in the Haedo province of Buenos Aires, Nine was trained both as a draftsman and in Fine Arts and was heavily influenced by the work of painters such as Francisco Goya, Diego Velazquez and Max Ernst. In the 1980s, Nine joined the staff of Argentine magazine Fierro, where he created such popular characters as the Magician Keko and Saubón the Duck. That same decade, he made history on some of the best front pages of Humor magazine, where he would offer a satirical take on Argentina’s transition to democracy.

Nine’s last book, “Informe visual de Buenos Aires y sus alrededores” (“Visual Report on Buenos Aires and its Surroundings”), offered an outlook on the trajectory of the prolific artist’s career. “This book can be read from the point of view of art and graphics, but you can also see my personality in it and I’m a cynical guy,” Nine reportedly said during the presentation for the new book at the Buenos Aires Book Fair earlier this year. “I’m not ashamed to say it because it’s what I needed to survive in a society as hash as this one, where sometimes you see some trample over your most cherished values.”