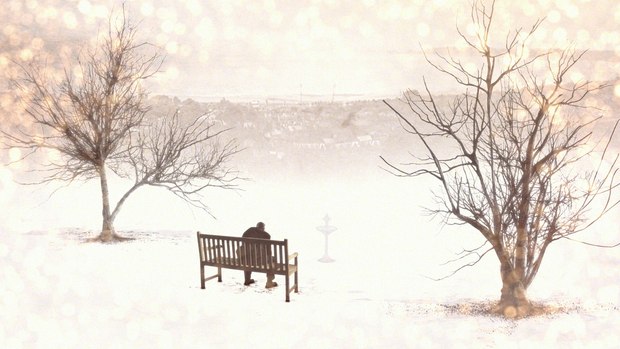 A short animation from BBC Wales, featuring a performance by Michael Sheen of Dylan Thomas’s poem The Hunchback in the Park, will premiere on BBC iPlayer on National Poetry Day (Thursday, October 2).

The 3-minute film, animated by Aardman Animations for BBC Wales, will also be broadcast on BBC One Wales later in October to mark the centenary of Dylan Thomas’s birth.

Michael Sheen said “It was a pleasure to perform The Hunchback in the Park for this wonderful little film. The animation brings Dylan Thomas’s poem to life in a very imaginative and striking way and I can only hope that audiences everywhere find it as engaging as I did.”

Jo Pearce, Creative Director at BBC Wales, said, “This project was a joy to produce. As soon as we heard Michael Sheen’s recording of the poem we knew we had something special. We were able to assemble a brilliant and talented team to work on this animation because of the love for Dylan’s work. People immediately wanted to contribute to the production and that is clear to see when watching this beautiful animation.”

The poem tells the story of an isolated man who spends all his time at Cwmdonkin Park in Uplands, Swansea. Elements of the park were recreated in the Aardman studio for this production. Rockeries, underground dens and ponds were assembled there, and people - from the studio cleaner to dancers - were brought in to play various roles.

Aardman director, Bram Ttwheam said: “This project was a special proposition for me - an opportunity to dig deep into a poem that reveals more with each reading. It was a challenge to represent this multi-layered work without allowing any one aspect to dominate. I wanted to make sure that the images were as open to personal interpretation as the poem itself.”

The film features original music by John Hardy, Head of Composition at the Royal Welsh College of Music and Drama, and performed by the BBC National Orchestra of Wales.

John Hardy has created music for a substantial number of films, TV and stage performances, including Hinterland/Y Gwyll, and he said of the project, “The Hunchback in the Park is an unusually whole and wholesome idea, and I really think it could have ‘legs’. It would be lovely if it brings people to poetry and to orchestral music - and it would be great to think people are going to be listening to this for some time to come.”

Michael Garvey, Director of the BBC National Orchestra and Chorus of Wales, said: “We have a great reputation for our soundtrack recordings at BBC National Orchestra of Wales, but animation is an exciting addition to our work. The combination of the music that John Hardy wrote for us, and the incredible animation from Aardman, creates a wonderful film that we can’t wait to share.”

The film, which is part of a package of output from BBC Wales to mark the centenary of Dylan Thomas’s birth, will be available of the BBC iPlayer: bbc.co.uk/iplayer, and will subsequently be made available at bbc.co.uk/dylanthomas.