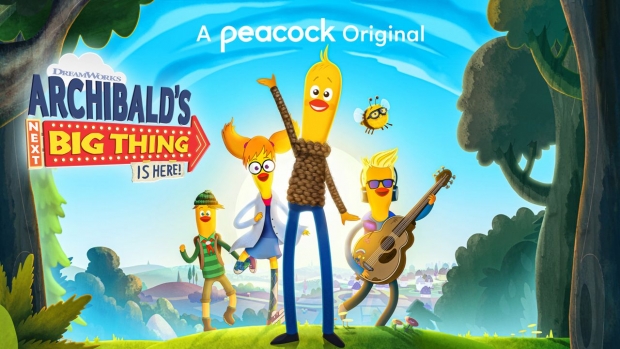 Tony Hale’s all-star 2D animated series Archibald is heading to Peacock with the next chapter, DreamWorks Animation’s Archibald’s Next Big Thing Is Here. The series is inspired by the critically acclaimed children’s book of the same name from Hale, Tony Biaggne, Victor Huckabee, and Misty Manley. The series premieres Thursday, February 18. All six episodes will drop at once.

Our cheerful, energetic, and eternally curious chicken, Archibald Strutter, who “yes-and’s” his way through life, is back. While his adventures do not always go as planned, he takes it one step at a time with the help of his three siblings, Sage, Finly, and Loy, and his trusty sidekick, Bea.