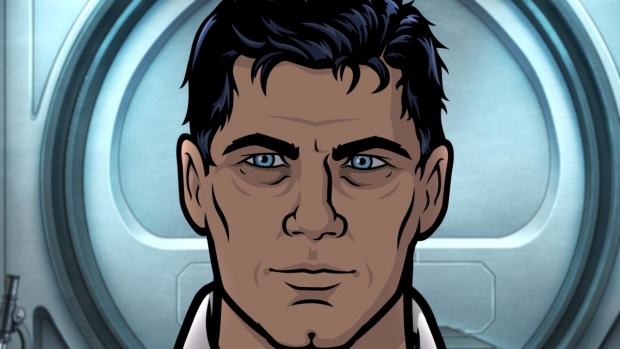 If you recall, Season 10 of FXX’s hit animated spy spoof, Archer, pitted our dysfunctional heroes against friend and foe alike aboard an interstellar salvage ship in Archer: 1999. The season ended on a cliffhanger of sorts…our hard-drinking leader of sorts Sterling Archer awoke from a coma! Meaning…?

Early Season 11 revels gave us our first major clue – the group would return to spycraft after three seasons of…not spycraft. Now, with a 2020 San Diego Comic-Con panel under our belts, we can finally slake our Archer thirst, though, honestly, not completely…until September 16!

We’re disappointed that only eight new episodes will come our way this fall, but we’ll take whatever “phrasing” we can get. We also share Nash’s sentiment on the show’s return to the spy business after a three-year detour when she commented, “I loved being in space and I loved being on the island. It was super fun, but there was something really exciting about getting back to the real world with everybody. It felt like going home.”

The Season 11 trailer teases new rules, quickly broken, about drinking on missions, Archer learning to use his legs and a new tactile-cane (tactical-cane?), and a Karate Island boner. See for yourself!

Willis’s promise of “cool guest stars” revealed two: Jamie Lee Curtis and Simon Pegg. He teased others, but shared no more. The panel was appropriately jokey, suggesting at one point that if they were to star in a James Bond film, apt titles would be Stinkfinger, A Liter of Vodka is Not EnoughI, or A Good Day to Sploosh. Watch all 43:53 below.