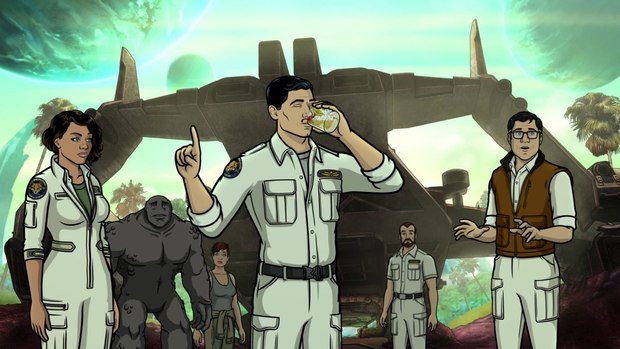 Hope springs eternal, as FXX has renewed Emmy Award-winning animated comedy series Archer for an 11th season in 2020! The announcement came this past Friday from Nick Grad and Gina Balian, FX Entertainment Presidents, Original Programming, during a San Diego Comic-Con sneak peek screening and Q&A with the current Season 10 cast and producers.

The show’s executive producer, Casey Willis, said, “We are incredibly excited for our 11th season and look forward to Archer waking up from his coma and returning to a spy world that has continued without him for the past three years.”

The season finale of Archer: 1999, “Cubert,” airs this coming Wednesday, July 24, at 10 p.m. ET/PT on FXX. In it, Archer is convinced a mysterious object is causing the crew to act strangely. Is it magnetic? Is it supernatural? Does it need to be cleaned with some sterile wipes? The episode was written by series creator Adam Reed.