With Season 11’s launch just around the corner on September 16, FXX drops a new featurette that amply illustrates just how funny, and wicked, Adam Reed’s animated spy-spoof can be. 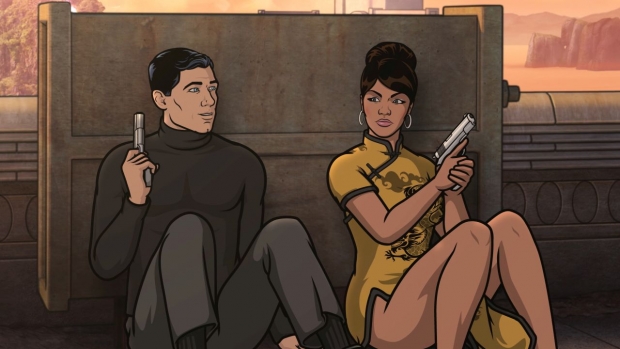 FXX has just shared with AWN a brand-new extended mashup clip, Archer: The Dating Game, that begs the question, “Just what does mama’s boy really mean?” With the new season set to premiere September 16 with back-to-back episodes, we can’t wait for a return to the tried and true “spy craft” storylines that made the show a perennial favorite among adult animation fans. Waking from a three-year coma, Archer must reorient himself to having lost a huge chunk of his life, while at the same time, leading his team on a new set of missions. From the show’s Comic-Con panel reveal, we know Simon Pegg and Jamie Lee Curtis will guest star in the new season. From the show’s past, and future, we know Sterling Archer is quite the ladies’…man’s…moms’ man?

While we’re disappointed that only eight new episodes will come our way in Season 11, we’ll take whatever nasty Lana cutting down Archer banter and Carole / Cheryl hiding her breasts moments we can get.  We also share cast member Amber Nash’s sentiment on the show’s return to the spy business after a three-year detour when she told her Comic-Con panel watchers, “I loved being in space and I loved being on the island. It was super fun, but there was something really exciting about getting back to the real world with everybody. It felt like going home.”

Archer returns for an all-new season September 16 on FXX. Streaming next day FX on Hulu.