The voice of Malory Archer, the FXX hit show’s acerbic, biting, and hilariously strident spymaster, also known for her work as matriarch Lucille Bluth on ‘Arrested Development,’ passes away at her New York home. 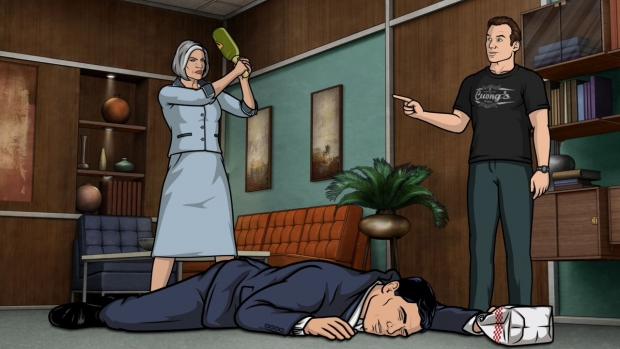 Anyone who regularly reads AWN knows I’m quite the Archer fan. So, it’s particularly sad to bring the news that actress Jessica Walter, who for 12 years has anchored the cast of one of animation’s most dysfunctional, inappropriate, and hilarious ensemble comedies, has passed away at her New York home. She was 80.

Walter was an award-winning actress best known for her years playing Lucille Bluth on the brilliant TV comedy, Arrested Development, as well as the psychotic DJ Clint Eastwood stalker in Play Misty For Me. Nominated for an Emmy four times, she won once; her Archer work garnered two Annie Award nominations for voice acting. As the Bluth family matriarch, she quickly became one of television’s all-time favorite characters known for her snarky one-liners, searing side-eye, and bizarre approach to parenting. Much like her 12 years as Malory. She was perfectly cast in each.

To me, however, she’ll always be Malory Archer. The parent I could never be. And always wanted (sorry mom, you never drank enough to make it interesting). Cunning, cagey, ruthless, drink in hand, she lorded over her spy agency, the International Secret Intelligence Service, as well as her chronically narcissistic son, Sterling, with incredible style and bravado. For more than 100 episodes, since 2009, Walter voiced the titular spymaster; her caustic wit and biting, completely unconventional parenting style centered the workplace insanity that makes Archer, at its best, one of most smartly written and acted animated shows of recent memory. With boozy confidence and disdain for her staff, she schemed her agency’s path from one disastrous assignment to the next, every bit the match, and then some, for her oddly capable but fiercely disorganized minions. No one doubted she could take any of them down one handed.

In a statement on Walter's passing from FX, the network shared, “We are utterly heartbroken to learn of the passing of Jessica Walter.  She was a comedic genius and a brilliant actor who personified wit, grace and elegance.  Jessica’s 'Malory Archer' served as the bedrock character for the series and we were always honored to have her as member of our FX family.  Words cannot describe the monumental loss we and the Archer producers and cast feel.  We extend our love, appreciation and condolences to Jessica’s family.”

Archer creator and executive producer Adam Reed told AWN, "The Archer family is heartbroken to lose Jessica Walter, our beloved colleague and friend.  Jessica was a consummate professional, an actor's actor, and the exact opposite of Malory Archer – warm, caring, and kind, with an absolutely cracking sense of humor – and it was both a privilege and a true honor to work with her over these many years. She will be greatly missed, but never forgotten."

Earlier today, Aisha Taylor, Archer’s Lana Kane, tweeted, “Jessica Walter was a queen in every way: kind, classy, incredibly talented, generous with love & support. And so insanely funny. She was the brilliant center of our @archerfxx universe. Sweet flight to you, dear Jessica. You were so loved, and we were so lucky to know you.”

In a 2013 AWN interview, Archer creator Adam Reed spoke of Walter's ability to hit the mark, even when that mark involved particularly raunchy material. When asked if there were times the show’s actors gave him nasty looks because of questionable lines, he replied, “Some of them, sometimes.  Jessica comes to mind only because we have Malory say such outrageous things.  Jessica is such a trooper, she’s game and she will do anything.  A lot of times, because we’re using current slang or something that she just hasn’t heard yet, or if it’s something, because, you know she is a classy lady, there is something that she just wouldn’t have ever been exposed to because she was never a longshoreman, when it comes to certain lines, she will say, ‘This line here, what’s the deal? Is she upset, is she happy, what does it mean?’  I'll explain to her, ‘Oh! This is a horrific sex act’ and she will say, ‘Ohhhh Adam!’  Then she’ll say, ‘OK, here we go…three takes.’  But there is just a hint of disappointment before she puts back on her actor hat and then nails the line dirtier than I could have ever imagined it.”