Apple TV+ Shares ‘The Boy, the Mole, the Fox, and the Horse’ Trailer

Based on Charlie Mackesy’s book of the same name, the hand-drawn animated short tells a story of kindness, friendship, courage, and hope following a boy’s journey searching for home; coming to the streamer Christmas Day. 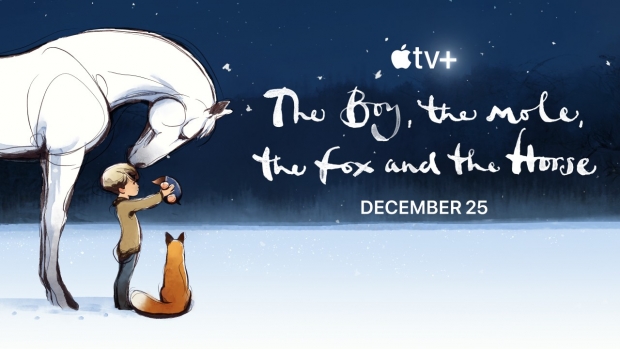 Apple TV+ has announced the Christmas Day release of The Boy, the Mole, the Fox, and the Horse, based on the internationally best-selling book of the same name by Charlie Mackesy. The 2D animated movie is a story of kindness, friendship, courage, and hope which follows a heartfelt journey and the unlikely friendship of a boy, a mole, a fox, and a horse traveling together in the boy’s search for home. The author’s distinct illustrations are brought to life in full color with beautiful hand-drawn animation.

The film stars Tom Hollander (Pride and Prejudice, White Lotus, The Night Manager) as The Mole, Idris Elba (Thor series, Beasts of No Nation, Luther) as The Fox, Gabriel Byrne (In Treatment, All Things Bright and Beautiful) as The Horse, and newcomer Jude Coward Nicoll as The Boy.

Enjoy the trailer and tune in on Christmas day to experience the film:

The BBC will premiere The Boy, the Mole, the Fox, and the Horse in the U.K., with Apple TV+ debuting it outside the U.K. on Christmas day.