Apple TV+ Reveals ‘Wolfboy and the Everything Factory’ Trailer

All-new 2D animated series follows the epic adventures of Wolfboy, an imaginative oddball who discovers a strange realm at the center of the earth; all 10 episodes hit the streamer Friday, September 24. 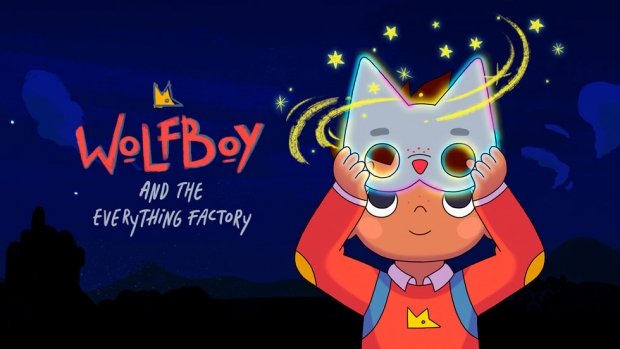 Wolfboy and the Everything Factory is Inspired by the work of visual artist Mazery. The animated adventure follows Wolfboy (voiced by Kassian Akhtar), an imaginative oddball who discovers a strange realm at the center of the earth where fantastical beings called ‘Sprytes’ create things for the natural world on the surface - clouds, trees, rabbits, dreams, hiccups, memories, time... everything! With his newfound Spryte friends, Wolfboy learns that not only can he use the creative energy of the Everything Factory to make his wild imagination come to life, but that he is destined to play a central role in an age-old battle between the forces of creation and destruction. Wolfboy soon comes to realize that being different is what makes him special - and that, ultimately, it’s the oddballs and dreamers who change the world.