Six new episodes of the Apple Original series, based on the iconic ‘Peanuts’ comic strip and starring the beloved beagle and his feathered pal Woodstock, premiere on the streamer March 11. 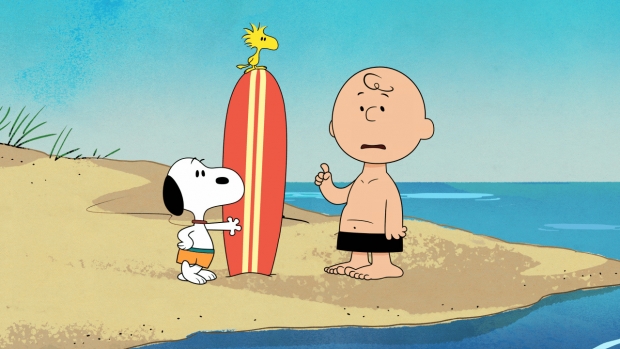 The Snoopy Show returns to Apple TV+ on March 11 with an all-new second season of six episodes, and the streamer has released a new trailer filled with just the type zany antics and death-defying aerial stunts you’ve come to love from one of the coolest, most beloved cartoon pups ever.

The iconic beagle of Charles M. Schulz’s “Peanuts” fame, along with his feathered best pal Woodstock, are back in a new set of kids and family adventures. In the series, Snoopy may seem like just a happy-dancin’, bone-lovin’, doghouse-sittin’ pup, but he’s much more than that. He’s Joe Cool: hippest kid in school. He's surfer king and famed arm wrestler Masked Marvel. He’s a World War I flying ace who battles the Red Baron. All of his famed personas are on full display in the animated comedy.

Check out the Season 2 trailer – because who doesn’t love that famed canine giggle:

Apple TV+ also announced the release dates on two brand-new Peanuts specials: It's the Small Things, Charlie Brown, a new original in celebration of Earth Day featuring an original song by American singer-songwriter Ben Folds, premiering on April 15; and To Mom (and Dad), With Love, launching on Friday, May 6, just in time for Mother’s Day Sunday.