Based on the popular ‘Owl Diaries’ kids’ book series by Rebecca Elliott, and part of the Apple TV+ kids’ changemakers initiative, the show is infused with lessons encouraging kids to use writing as a tool for healthy self-expression. 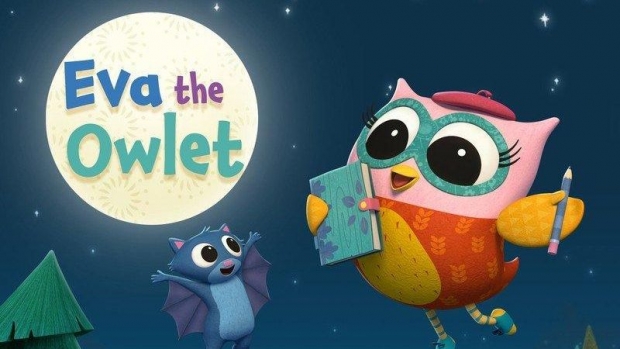 Apple TV+ has just greenlit Eva the Owlet, a new animated kids and family series based on the New York Times best-selling Scholastic book series “Owl Diaries” by award-winning author Rebecca Elliott. Produced by Scholastic Entertainment and animated by Brown Bag Films, the show features original songs by musician and singer-songwriter Fitz of Fitz and the Tantrums. No release date was announced.

The series features Eva, a creative, cheeky owlet who lives next door to her best friend Lucy in the woodland world of Treetopington. With big ideas and an even bigger personality, Eva goes on high-flying adventures, expressing herself in her journal along the way.

Eva the Owlet is the latest series in the Apple TV+ kids’ changemakers initiative, which brings together leading educators and storytellers to create original kids’ series. In this case, the producers collaborated with John F. Evans, MAT, MA, Ed.D., a writing clinician at Duke Integrative Medicine, to infuse lessons into the series around the use of writing as a tool for healthy self-expression.

The expanding and award-winning lineup of original animated films and series for kids and families on Apple TV+ also includes the recently premiered critically-acclaimed El Deafo; Pinecone and the Pony; Fraggle Rock: Back to the Rock and Harriet the Spy from The Jim Henson Company; Wolfboy and the Everything Factory from Joseph Gordon-Levitt, HITRECORD and Bento Box Entertainment; Get Rolling with Otis; Helpsters from Sesame Workshop; Academy Award-nominated animated film Wolfwalkers from Cartoon Saloon; new series and specials from Peanuts and WildBrain including Snoopy in Space Season 2, It’s the Small Things, Charlie Brown, and For Auld Lang Syne; Here We Are: Notes for Living on Planet Earth, the Daytime Emmy Award-winning television event based Oliver Jeffers’ New York Times best-selling book and TIME Best Book; and the recently announced Sago Mini Friends.