Apple Studios’ series, based on Pyle’s popular webcomic and #1 New York Times Bestselling graphic novel, will feature profound and heartfelt stories about beings on a distant planet not unlike our own. 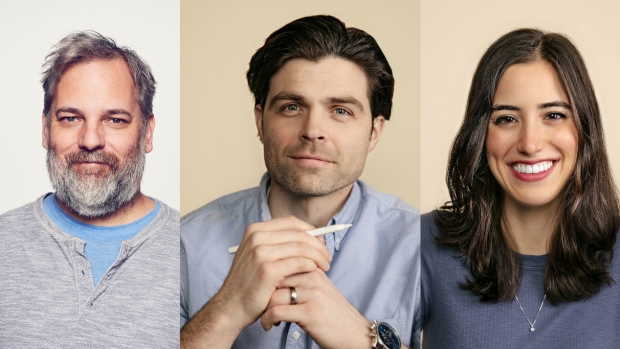 AppleTV+ has just given a straight-to-series order for Strange Planet, a new animated series from co-creators and executive producers Dan Harmon and Nathan Pyle. The show will tell profound and heartfelt stories about beings on a distant planet not unlike our own; it’s based on Pyle’s webcomic and bestselling graphic novels (including a #1 New York Times bestseller) of the same name.

Harmon also has a new animated comedy, Krapopolis, in production at Bento Box for Fox. Set in a mythical ancient Greece and centered on a flawed family of humans, gods, and monsters that tries to run one of the world’s first cities without killing each other, Krapopolis marks the first production to come from the Rick and Morty and Community creator’s direct animation deal signed with Fox last year. It’s set to premiere on the network in 2022.

Strange Planet joins Apple’s growing block of animation programming that includes Skydance Animation films Luck and Spellbound, as well a two-season order of the new series, The Search for WondLa, that will mark Skydance Animation’s TV debut.  This past April, they also revealed Blush, their first short film.

Other recent animated projects for Apple include Best Animated Feature Oscar nominee Wolfwalkers, Daytime Emmy winner Snoopy in Space, and the animated musical comedy, Central Park, from Loren Bouchard, Nora Smith, and Josh Gad, recently renewed for a third season prior to its Season 2 premiere. The streamer’s multiple-Emmy Award-winning lineup of original kids’ series includes Helpsters from Sesame Workshop; new series from Peanuts and WildBrain including The Snoopy Show; Doug Unplugs from DreamWorks Animation; Stillwater from Gaumont and Scholastic; as well as upcoming series Fraggle Rock and Harriet the Spy from The Jim Henson Company; and a newly imagined original series based on the stories and illustrations of Maurice Sendak.