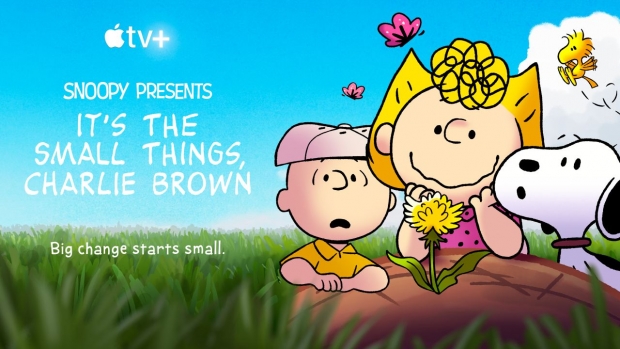 Apple TV+ has released a trailer for the Earth Day Peanuts special It’s the Small Things, Charlie Brown coming to the streamer Friday, April 15. Based on the classic “Peanuts” comic strip by Charles M. Schulz, the show features an original song by American singer-songwriter Ben Folds.

In the special, Sally has formed a bond with a special little flower on the baseball field that may spell disaster for the big game. But, for Charlie Brown and the team it’s just the inspiration they need to make a positive impact on their environment.

It’s Arbor Day, Charlie Brown, the classic Peanuts special from Mendelson/Melendez Productions also comes to the streamer on April 29. In this Peanuts classic, Charlie Brown’s baseball team turns the field into a lush garden, throwing Peppermint Patty off her game.