Based on Isaac Asimov’s famed Hugo Award-winning trilogy, the all-new show follows a band of exiles who must defy the Galactic Empire in order to save it; first two episodes premiere September 24. 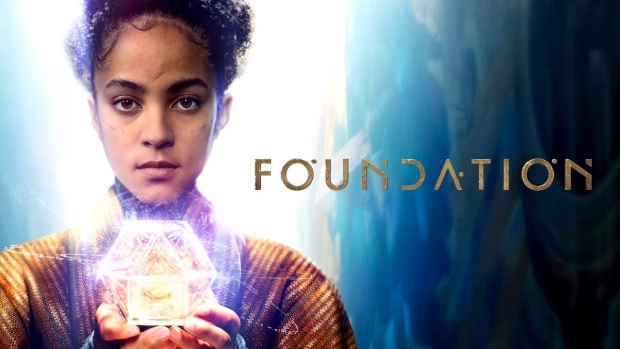 File this in the department of “I Hope They Get It Right.” One of science fiction’s most famous works, Isaac Asimov’s iconic Hugo Award-winning “Foundation” trilogy, has been adapted into a new series, debuting September 24 exclusively on Apple TV+.

Coming to the small screen for the first time, from prolific showrunner and executive producer David S. Goyer (The Sandman, Batman v Superman, Man of Steel), Foundation follows a band of exiles who discover that the only way to save the Galactic Empire from destruction is to defy it.

Asimov’s seminal work was first released as a group of short stories before publication as three collections between 1951-53. They tell the story of revolutionary Dr. Hari Seldon, who after predicting the impending fall of the Empire, joins a band of loyal followers who venture to the far reaches of the galaxy to establish The Foundation in an attempt to rebuild and preserve the future of civilization. Enraged by Hari's claims, the ruling Cleons — a long line of emperor clones — fear their unrivaled reign may be weakening as they’re forced to reckon with the potential reality of losing their powerful legacy forever.

Goyer’s adaptation chronicles the stories of four crucial individuals transcending space and time as they overcome deadly crises, shifting loyalties, and complicated relationships that will ultimately determine the fate of humanity.

It's got Jared Harris - its' gotta be good!

Series VFX is being handled by DNEG, Mackevision, Outpost VFX and Scanline VFX.