The tech giant and streamer have launched a 3-part series about the talented women behind the new animated feature, the hurdles they have overcome, and how their journeys enabled them create and claim their own ‘luck.’ 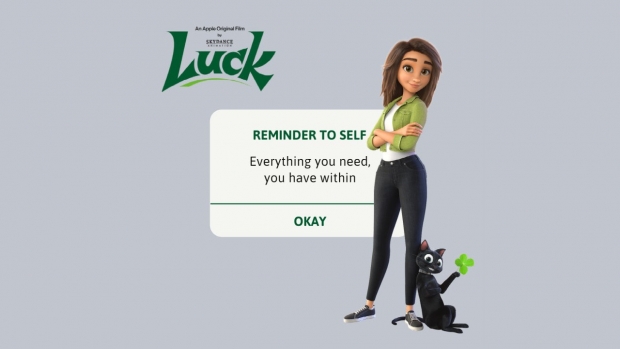 Adobe has partnered with Apple TV+ and Skydance Animation’s new animated film Luck to highlight and amplify the voices of the women behind the scenes while inspiring and engaging with the next generation of female artists. Adobe and Apple invite the community to create and uplift one another using six new remixable Adobe Express and Photoshop templates inspired by Luck and the women creators behind the film. Adobe is rolling out a three-part video series featuring four female creatives behind the new animated movie Luck. The film tells the story of the unluckiest person in the world who stumbles onto the never-before-seen Land of Luck and learns a lesson about self-made nature of luck.

The video series shines a light on the career journeys of director Peggy Holmes, visual development artist Christine Kim, story artist Clarisse Chua, and director of animation Yuriko Senoo. It explores obstacles they have overcome, challenges for and representation of women in animation, and how ultimately these women have found, created, and claimed their own “Luck” and success in the industry.

Part 1: Our Journey is available to view here. The remaining videos will roll out throughout August.

Adobe also announced the launching of a new mentorship program called “Find Your Voice'' that will give five women the opportunity to work alongside the film’s director Peggy Holmes and Skydance Animation creatives to receive hands-on experience in animation and character design.

Check out the templates and videos here.