Partnership kicks-off with features ‘Luck’ and ‘Spellbound,’ and two-season order for ‘The Search for WondLa,’ all set to stream on Apple TV+. 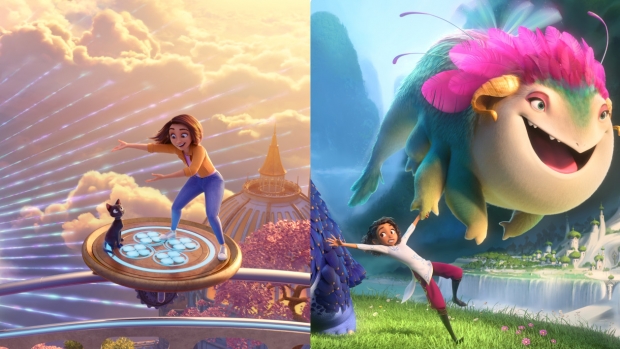 Apple has just announced a multi-year deal with Skydance Animation to deliver animated films and TV shows for Apple TV+. The partnership will kick-off with the highly anticipated features Luck and Spellbound, as well a two-season order for the new series, The Search for WondLa, that will mark Skydance Animation’s TV debut.

Directed by Peggy Holmes and written by Kiel Murray, Luck centers around the unluckiest girl in the world, who after stumbling upon the never-before-seen world of good and bad luck, must join together with magical creatures to uncover a force more powerful than even luck itself. Spellbound, an animated musical, follows a young girl who sets out to break the spell that has divided her kingdom in two. The film is directed by Vicky Jenson and written by Lauren Hynek, Elizabeth Martin and Linda Woolverton. Academy Award winner Alan Menken is producing the original score, with lyrics by Glenn Slater. Chris Montan serves as executive music producer. The Search for WondLa is a new, original animated television program, based on the beloved book series by Tony DiTerlizzi. The Apple Original series will be written and executive produced by showrunner Lauren Montgomery, with Chad Quant, DiTerlizzi, and Gotham Group also serving as executive producers.

To address their growing animation production needs, in April of last year, Skydance Media acquired the animation business of Madrid-based Ilion Studios. The new business, named Skydance Animation Madrid, brought together more than 500 employees in Spain and the US together under the Lasseter and Edwards’ production roof. Skydance Animation had previously entered into a multi-year production deal with Ilion back in 2017.