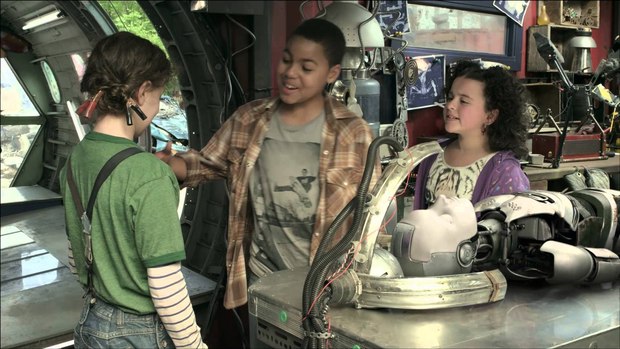 Canada’s Picture Box Distribution has announced the latest round of sales for its award-winning CGI/live action hybrid series Annedroids. The Walt Disney Company has taken the first two seasons for Central and Eastern Europe, the Middle East, South and Sub-Saharan Africa. YLE in Finland has also purchased the first two seasons.

These broadcasters will join numerous territories worldwide who have signed up for Annedroids, including Canada, the United States, pan-Latin America, pan-Asia, and several Western European countries such as the U.K., Germany, Sweden and Norway. The second season was recently released on Amazon Prime in the U.S. on July 2.

“We have been thrilled by the worldwide response to Annedroids,” says Picture Box Distribution partner Kate Sanagan. “Within a year of its initial airing in the U.S. and Canada, this girl-led STEM series has now been sold to over 200 countries. Anne and her friends continue to inspire kids the world over.”

Annedroids is also fresh off its win at Canada’s Youth Media Alliance awards earlier this spring, where it won the Grand Prize for Best Production in all categories.