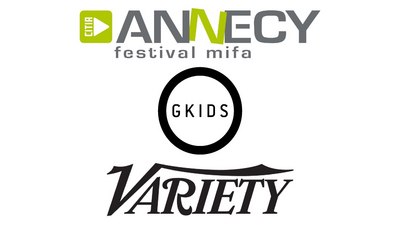 ANIMATION IS FILM aims to fill a gap in the U.S. market by establishing a world-class animation festival on par with the major events in Europe and Asia -- and locating it in the world capital of animated filmmaking. The Festival will be a vocal advocate, in the heart of Hollywood, for excellence in animation, and for filmmakers who push the boundaries of their art to the fullest range of expression that the medium is capable of.

The mission of the Festival is to:

Of the Festival, GKIDS Founder and CEO Eric Beckman said, “Creating a stateside film festival that recognizes the highest aspirations of animation as a cinematic art form has long been a dream of GKIDS. We are thrilled that Annecy and Variety have partnered with us to launch Animation is Film and bring exceptional animated filmmaking from around the world to audiences in Los Angeles, the world capital of filmmaking. We look forward to working with an expanding group of partners and supporters to grow the festival over the coming years.”

“The Annecy International Animation Film Festival and Market are excited to be working together with Variety and GKIDS to create Animation Is Film. This new event is a wonderful opportunity to radiate animation and all its diversity in the heart of Hollywood and is a very important step in our strategy to expand abroad. The festival is another occasion, following Annecy Goes to Cannes and the creation of the Annecy Asia International Animated Film Festival in Seoul, to promote films and artists from all over the world to an even wider audience.”

“We are honored to partner with GKIDS and Annecy to bring the best of animated films to Los Angeles through the launch of Animation Is Film,” said Variety Group Publisher and CRO, Michelle Sobrino-Stearns. “The festival will be a champion of excellence in animation, an exciting audience event, and a significant new addition to the cultural landscape of Los Angeles.”