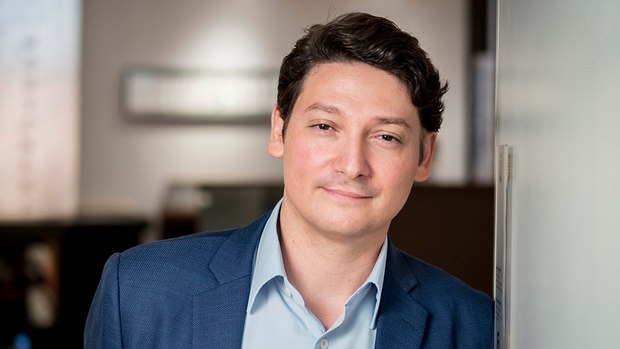 Mickaël Marin was unanimously appointed CEO of CITIA, the group that puts on the Annecy festival and Mifa, effective July 1.

The board of directors of CITIA, which organizes the Annecy International Animation Festival, Mifa and Forum Blanc, and stakeholders in the development of the images sector and creative industry in Haute-Savoie, France, have unanimously appointed Mickaël Marin as the group’s new CEO.

Marin, who will assume the post July 1, is currently CITIA managing director and head of economic development and head of Mifa.

“Mickaël Marin has the qualities to undertake ambitious projects for CITIA and to continue developing the work in all of the fields in which it is involved (culture, training and the economy),” said Dominique Puthod, chairman of CITIA. “He is familiar with the animation sector and creative industry due to his prior participation in the success of all of CITIA’s activities. In addition, he knows all about dealing with institutional partners on a local, regional, national and European level, and he has always been involved in relations with CITIA’s international network. His humility, human nature and forward-looking perspective undoubtedly make him the man for the job."

In 2009, he was made head of Mifa, working closely with the general management of CITIA to define the strategy of the market, its influence on a national and international scale and its operational organization.

Since January 2011, he has also been head of economic development and head of Mifa, and, along with his duties within the market, collaborates with CITIA CEO Patrick Eveno, in the development of the picture and creative industries in Haute-Savoie.

While keeping his position as head of economic development and Mifa, he also became CITIA managing director and contributed to the strategic governance of CITIA alongside the president, Dominique Puthod, and director, Patrick Eveno.