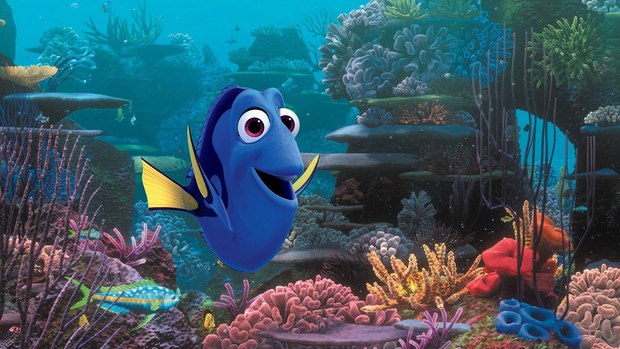 On June 17, 2016, the Annecy International Animation Film Festival (running will hand out prizes at the fourth edition of the Disney Art Challenge. Chaired by John Lasseter, this edition, with a theme of “What is happening under the ocean?” will feature the new animated film, Finding Dory, from Disney/Pixar.

After the ceremony, which will include director Andrew Stanton (Finding Nemo, WALL-E) and producer Lindsey Collins, Finding Dory will have its premiere at the Festival.

The Disney Art Challenge was created in 2013 by The Walt Disney Company France in partnership with RECA, the French Network of Animated Cinema Schools to highlight the talent and creativity of French students in graphic arts.

Students from the 25 schools in the RECA network are invited to create a piece on the theme “What goes on under the ocean?” directly inspired by Finding Dory, Disney/Pixar’s new animated feature to be released in France on June 22. Entries will be accepted through April 15, and can use traditional or digital techniques to execute their concept art and present a character and set based on the theme.

“We are hosting the Disney Art Challenge and previewing Finding Dory with great pleasure,” festival director Marcel Jean commented. “The Annecy Festival welcomes around 2,000 students every year to meet animation professionals, making our event the natural home for such an initiative.”

“Recognizing young talent is so important; these up-and-coming artists are the future of our medium,” Lasseter said. “I love seeing the work of these fantastic students and am always inspired by their energy and fresh perspective.”

The other jury members are journalists Caroline Vié (20 Minutes) and Laurent Cotillon (Le Film Français); last year’s winner, Caroline Cherrier; Jean-Jacques Launier, founder of Art Ludique-Le Musée; and Jean-François Camilleri, President of The Walt Disney Company France, who originally conceived of the Disney Art Challenge. The jury will draw up a shortlist of 10 works to be submitted to Stanton and Lasseter.

“It’s particularly motivating to support and honor the new generation of animators, and I sincerely thank the RECA to support the project and the Festival for hosting us for the fourth Disney Art Challenge prize giving,” Camilleri said.

More than 600 students have taken part in the Disney Art Challenge since its creation. The competition has become a reference for tomorrow’s talents and offers the three winners the recognition of great animation artists, other professionals, and specialist journalists who are animation buffs, and also the Disney Art Challenge grant to help them complete their training. The winners will also receive a diploma and a trophy.

The public will be able to vote for their favorite entry among the 10 on the shortlist between July 4-23 for the Audience Award (Prix du Public) that awards a Disney Art Challenge grant to the winner. To take part, visit www.disney.fr/art-challenge and vote for your favorite piece. The work that gets the highest number of votes will win the first Prix du Public. Registration and rules can be viewed at www.disney.fr/films/art-challenge.