Program of Spanish animated cinema, ‘From Doodles to Pixels: More than one hundred years of Spanish animation,’ will premiere at the 55th edition of the Annecy International Animated Film Festival. 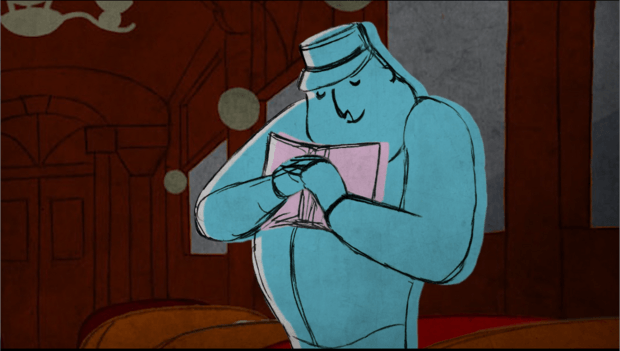 The program of Spanish animated cinema From Doodles to Pixels: More than one hundred years of Spanish animation will premiere on the 55th edition of the International Animated Film Festival of Annecy, in France, running June 15-20, during which Spain will be guest country for the first time in the history of this prestigious festival.

This program has been produced by the CCCB (Contemporary Culture Center of Barcelona) and Acción Cultural/España, with more than 50 titles for theatrical screening, and as many on an accompanying triple DVD-Catalog. This program collects forgotten historical pieces and recent works on the centenary of the birth of animated cinema in Spain.

This selection, curated by Carolina López, includes films from authors such as Segundo de Chomón, Josep Escobar, Francisco Macián, José Luis Moro, Jordi Amorós, Tomàs Bases, Raúl García, Juan Pablo Etcheverry, Isabel Herguera, Javier Mariscal, Anna Solanas, Marc Riba, Alberto Vázquez, Pedro Rivero, Izibene Oñederra, Nicolai Troshinsky and Rocío Álvarez, among many others. Titles such as Garbancito de la Mancha (Arturo Moreno, 1945), Europe's first colour animated feature; vintage black-and-white commercials from the 30s by Catalan cartoonists such as Serra i Massana and Ferrán; the short The Age of the Stone (Gabriel Blanco, 1965), with drawings by Chumy Chúmez; commercials by Estudios Moro; and Estela, a short film by Frederic Amat specifically created for the occasion, are some of the more amazing and less known pieces from this cycle. The triple DVD-catalog, published by Cameo, contains some titles not featured in the cycle and a booklet with articles by Spain's main animation specialists.

The program From Doodles to Pixels will be screened in the recently renewed Bonlieu Center and in Salle Pathé, the festival's main venues. 20 filmmakers will attend the festival to present their works, including José Antonio Sistiaga, Jordi Amorós, Sam, Juan Pablo Etcheverry, Jossie Malis, César Díaz Meléndez, Paulo Mosca, Rocío Álvarez, Laura Ginès, among others, and Isabel Herguera, a member of the Official Jury of this year's festival

In addition to this cycle, there will be a strong Spanish presence in the Festival. Lorena González, director of ICAA (Spain's Institute for Cinematography and Audiovisual Arts), will be the representative of Spain, guest of honor country of the 2015 edition of the Annecy Festival.  On the official section, 3 short films in competition will be screened: Travel by Feet (Khris Cembe), Zepo (César Díaz Meléndez, 2014) and The Guardian (Alessandro Novelli, 2015); 1 feature film, Possessed (Sam, 2014), and on the non-competitive Panorama section Mort & Phil: Mission Implausible (Javier Fesser, 2014).

The Spanish animation film industry will also get top billing thanks to contributions from various companies and institutions, coordinated by 3D Wire. ICEX, in partnership with DIBOOS, will organize within the MIFA ‘Focus on Spain’. Furthermore, projects in production stage will be presented, and there will be conferences with renowned Spanish creators, such as Guillermo García Carsí (creator of Pocoyo), Enrique Gato (creator of Tad, the Lost Explorer) and Sergio Pablos (creator of Despicable Me).

From Doodles to Pixels has meant a work of two years of research and recovery of materials, some of which were withdrawn from circulation due to their state of condition. This project has received the collaboration of Filmoteca de Catalunya (Cinematheque of Catalonia), Filmoteca Española (Cinematheque of Spain) and Movierecord, among other companies and institutions. After its premiere in the prestigious Annecy Festival, the cycle will be released internationally on key museums, cinematheques and festivals.