GKIDS acquires North American rights for latest feature from Jean-Loup Felicioli and Alain Gagnol, the Oscar-nominated writers and directors of ‘A Cat in Paris.’ 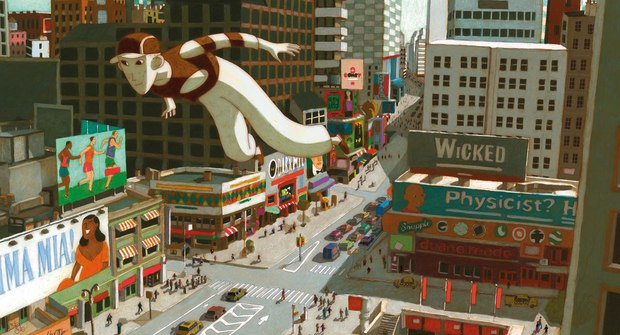 NEW YORK -- Independent animation distributor GKIDS has acquired North American rights to Phantom Boy, the highly anticipated new animated feature from Jean-Loup Felicioli and Alain Gagnol, the Oscar-nominated writers and directors of A Cat in Paris. The film premieres on June 19 at the Annecy International Animated Film Festival and GKIDS plans a theatrical release in spring 2016. The deal was negotiated between Daniela Elstner for Doc & Film International, Annemie Degryse for Lumière Publishing, and Eric Beckman for GKIDS.

Phantom Boy marks a return to the stylish animated noir of Felicioli and Gagnol’s A Cat in Paris, which was also distributed by GKIDS and earned the writing/directing duo their first Academy Award nomination. In the new film, the setting has shifted from Paris to New York in this family- and adult-friendly crime animated thriller. The film was produced by Jacques-Remy Girerd and Annemie Degryse, and is a co-production between Folimage, Lunanime, France 3 Cinéma and Rhône-Alpes Cinéma.

Leo has a secret. A mysterious illness has transformed him into a phantom boy, able to leave the confines of his body and explore the city as a ghostly apparition. While in the hospital, he befriends Alex, a police officer injured while attempting to capture a nefarious gangster, who has taken control of the city’s power supply, throwing the metropolis into chaos. Now they must form an extraordinary duo, using Leo’s phantom powers and Alex’s detective work to stop the plot and save New York from destruction. Phantom Boy continues Gagnol and Felicioli’s fascination with animated film noir, in a heart-thumping adventure that pushes their trademark visual style to literal new heights, as Leo soars above the greatest skyline in the world.