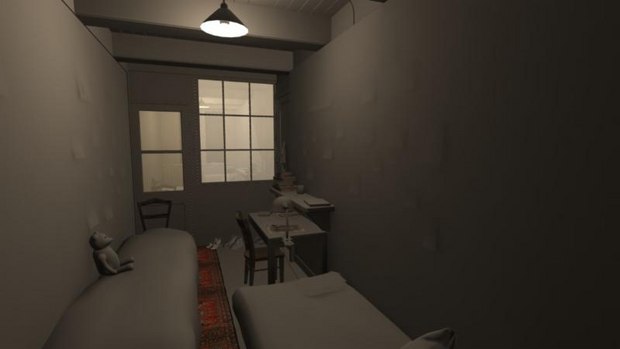 LOS ANGELES -- Jonah Hirsch, the producer from the acclaimed VR film First, and filmmaker Danny Abrahms are in production on a new virtual reality film entitled Anne. The announcement was made by Hirsch. The project is being financed by CGO Studios, a newly formed virtual reality production company based in Los Angeles, and the visual effects work is being done by Dilated Pixels, also based in Los Angeles.

"Anne Frank's story has kept the memory of the Holocaust alive and promoted tolerance for generations. She is an international symbol for the plight of persecuted people during the Holocaust and of all victims of senseless discrimination. We are deeply committed to sharing Anne's experience using cutting-edge modes of storytelling so that her story can live on and reach as many young people in the world as possible," remarked Abrahms, writer/director of Anne.

Anne  will recreate history and give users the opportunity to walk through that history, walk through that annex, and feel like they are there. To experience this film is to immerse oneself into a place and time, to move about a room, amongst the people, and sense the moment in a way never possible before VR.

"VR to me is this new, amazing tool that can allow viewers to connect with people and events like never before. I wanted to create a VR experience that connected viewers with arguably the most significant event in human history [World War 2 / The Holocaust] and I couldn't think of a better way to explore this subject matter than through the story of Anne Frank," commented Abrahms.

Virtual Reality can bring history, entertainment, and technology together and be used to create worthwhile films that mean something, enlighten, and entertain. The producers will use virtual reality to transport viewers to the "hidden" annex circa 1942 with photorealistic visual fidelity.

"Like Wilbur and Orville's first flight, I look for specific moments in history that have universal appeal, are significant in subject matter, and lend themselves well to a virtual reality experience," added Hirsch.

Viewers will be immersed in the presence of Anne Frank and the other individuals in hiding. By allowing the user to witness history this way, VR can create more powerful and lasting memories that will further spark interest and awareness of the subject matter. The images from First, which are actual screen grabs, show how far Anne will go from the early render to the final version to become immersive VR.

"Recreating history is really kinda cool, much more fun than reading about it in a textbook," concluded Hirsch.