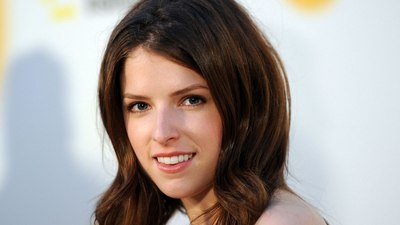 Kendrick will play Poppy, a relentlessly upbeat princess, in the film based on the toy doll series. Kendrick’s recent credits include Drinking Buddies, Pitch Perfect and ParaNorman. She has several upcoming projects, including The Last Five Years, Into the Woods, Mr. Right and Pitch Perfect 2.

“Anna has proven herself to be a brilliant actress with an amazing singing voice,” Mitchell said. “She’ll inject Poppy with the exact mix of spirit, sass and song that will no doubt give a whole new life to the iconic Troll dolls.”

Mitchell previously helmed Shrek Forever After and Alvin and the Chipmunks: Chipwrecked. Erica Rivinoja, who contributed to the script of Cloudy With a Chance of Meatballs 2 and worked on the writing staff of South Park and Clone High, has been hired to write the screenplay.

The Troll dolls were first created in 1959 by Danish fisherman and woodcutter Thomas Dam as a present for his daughter. DreamWorks Animation paired up with Trolls rights holder Dam Things in 2013 to adapt the dolls into films and TV shows. As part of the deal, DWA handles worldwide rights to the characters with the exception of Scandinavia.