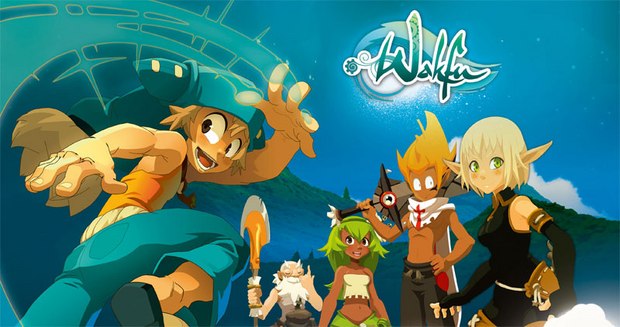 LOS ANGELES, CA -- International transmedia group Ankama is introducing its award-winning animated series, WAKFU, to the U.S market at this year’s Anime Expo. WAKFU, one of France’s most popular animated series, has developed a worldwide following since the first episode was broadcast in 2008, inspiring comic books, manga, and a popular online game of the same name. Ankama will present a panel where two of the 52 English-language episodes of the action-adventure series will be shown at 8:45 p.m. on July 4th in LP4 (Live Programming 4) of the West Hall of the Los Angeles Convention Center, along with a special introductory video featuring the creators behind the Ankama series. This day marks the first official showing of WAKFU in English within the United States. Fans and supporters are encouraged to attend the event.

Earlier this year, Ankama launched a Kickstarter campaign to create an English-language version of the WAKFU animated TV series. While the original goal was set at $80,000, Ankama raised an astounding $483,524, supported by 5,707 backers. But to many, this comes as no surprise as this series and its creators have won numerous awards all over Europe, including International Studio of the Year at the 2010 Cartoons on the Bay Awards in Italy, as well as WAKFU being named the best non-Japanese animated series of 2011 by the readers of the French magazine, Animeland.

At the 2014 Anime Expo, Ankama’s goal is to deliver transmedia entertainment of the highest possible quality to its community. The special panel will be hosted by the former producer of WAKFU online games, Franko Fonseca and Sabrina Waters, the community manager of WAKFU. Three additional WAKFU episodes, dubbed in English, will be shown at 5:45 p.m. in Video Room 1. The company will also present special prizes for all panel attendees, including a complimentary WAKFU gift from Ankama to the first 300 people who enter.

In addition to the WAKFU launch, Ankama will be promoting its popular board game, Krosmaster. Japanime Games, Ankama’s partner in North America, will host the first regional session of a nationwide tournament of the tactical combat game that uses real-life figurines at noon on July 5. The venue will be the Table Top Gaming Section of the Entertainment Hall.

WAKFU will have you laughing, dreaming and gasping. The epic story of a young boy who heads out into the world in search of his origins, but who soon gets roped into an adventure that can decide the fate of the world, is coming to the U.S. Be the first to follow the orphan and his zany crew as they set off on their colorful odyssey.