Led by series creator Tot, the French studio behind the famed anime-inspired series looks to crowdsourcing for production support to give fans new, expanded adventures they’ve been waiting for. 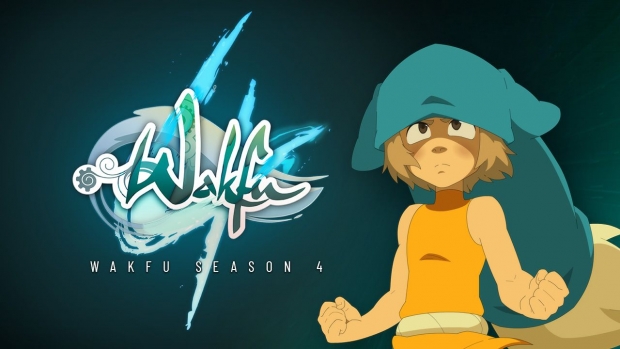 Starting this week, Ankama, creators of the animated series WAKFU, that hooked an entire generation of fans, is now calling on them to support a Kickstarter campaign that will help enable the creative freedom the studio needs to develop a new, expanded fourth season. The series, like its audience, has grown up, and now addresses mature themes that make it harder than ever to classify. Beyond adding another chapter to this explosive animated series proudly made in France, this funding will help Ankama co-create the new season with the community, ensuring total creative freedom to expand the limits of what WAKFU can be, and give fans the new adventures they deserve.

It all started a little over 12 years ago. Following the success of the DOFUS video game, Ankama created an animated series that takes place in the same universe - the Krosmoz - but nearly a thousand years later. First broadcast in October 2008, WAKFU has inspired a whole generation that has grown up with the series, which hit the million-viewer mark at the peak of its viewership numbers on France Télévisions. Mixing Japanese anime style design with European humor and Ankama's high quality production standards, WAKFU is an epic and moving tale with a dash of humor that draws viewers in for a rich and often emotional experience.

The story follows Yugo, an adopted boy searching for his roots with his old friend Ruel. During his journey, Yugo discovers he possesses extraordinary powers. He befriends the red-headed warrior Percedal, a princess named Amalia and her bodyguard Evangelyne, before eventually finding his dragon brother Adamai. Together, they have grand adventures, share moments of joy and pain, and make their way through all kinds of danger. Together, they become the Brotherhood of the Tofu.

According to Ankama CEO and series creator Tot, “WAKFU is deeply important to all of us and we consider the characters of the Brotherhood of the Tofu to be members of our family. Well actually, they are, as most of them have been inspired by people we I ow and the challenges they face. This is why they all are so nuanced and lifelike: they are reflections of the people we love.”

WAKFU is unique is its nuanced world, in which no hero is completely pure, and no enemy is completely evil. A meticulously constructed series with multiple levels of interpretation, it was originally broadcast on France Télévisions before being picked up by Netflix for the international market. To date, the series includes three seasons and five special episodes. What Can We Expect in Season 4?

After facing Nox, a mage who controlled the gears of time, what threat awaits the World of Twelve this time? What fate awaits Qilby, a distinguished representative of Yugo's people with exceptional powers and intelligence; Ogrest, an ogre who lives at the top of Mount Zinit and is the source of a series of catastrophes that have struck the world; and the omniscient Oropo, a philosophical adversary who forced our heroes to confront their worst fears?

At the end of Season 3, we left Yugo and his friends at the gates of Ingloriom, the kingdom of the gods. The floating lands seemed completely devastated. What happened? Where are the Twelve Gods? Is there a connection between their recent victory and the chaos in Ingloriom? How far will our heroes have to go this time to make it through? These and other important questions form the starting point of the new fourth season, which launches the next chapter in the adventures of the Brotherhood of the Tofu, and the pivotal moment between the Wakfu Era and the age of WAVEN. WAKFU has been a huge success, and is lucky enough, and grateful, to have a large, loyal audience that genuinely loves the show. Tot chose crowdfunding so he could take the series exactly where he wants it to go, staying completely in charge of the storytelling, addressing topics that are gradually moving beyond the kids' animation category. Crowdfunding let’s Ankama take the series in directions it can’t go without its fans. By supporting the campaign, backers will be giving WAKFU total creative freedom and the opportunity to further develop the story and characters with no artistic constraints.

Each WAKFU episode costs several hundred thousand euros. For this Kickstarter campaign, Ankama will commit to producing three episodes once the first goal of 100,000 euros is reached. Each additional 100,000 euros raised will unlock one additional episode. Rewards will be given for different levels of support: in-game gifts, art or collectors' items, figurines, and more.

The team behind Ankama's well-respected roster of film, TV and board games – the trio of Tot, Kuri and Ntamak – will oversee this ambitious project as well. Once the Kickstarter campaign is over, the three directors will put together a top-notch team that includes both veterans who previously lent their expertise to the WAKFU series and DOFUS Book I: Julith, along with a new generation of artists, musicians, writers, and animators who are ready to dive in and show what they're made of, demonstrating their passion for the first three seasons through the quality of their work.

As a final thought on the campaign, Tot shares, “Our community is fantastic, and we've come a long way together. We really hope this Kickstarter campaign will be a success. It would be a great opportunity to continue our journey together for a little while longer.”

You can find the WAKFU Kickstarter Campaign by clicking here.