First look of the first full-length movie in the Dofus universe, ‘Dofus - Book I: Julith,’ will be unveiled at European pitching event in Lyon, France on March 6. 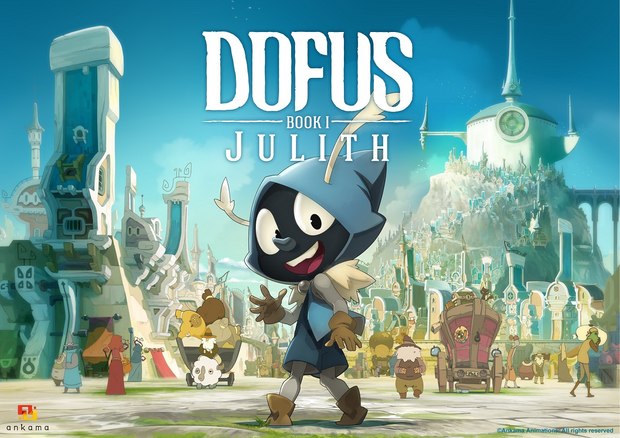 Roubaix, France -- Ankama is getting ready to share images of its first animated movie Dofus - Book I: Julith at Cartoon Movie in Lyon during an exclusive preview on the 6th of March. These will be showcased at 14:15 in the congress centre - Cité Internationale (Studio Rhône-Alpes).

Produced by Ankama Animations in coproduction with France 3 Cinema, the movie is scheduled to hit the big screen in France on the 3rd of February 2016. It is distributed by Gebeka Films in France and Indie Sales is in charge of international sales. Ankama is also partnering with Bayard to publish a series of novels. Other licensing partners will soon be announced

In the majestic city of Bonta, 10-year-old Joris leads a happy life in the magic shop of his adoptive father, Kerub Crepin. However, the day Joris defies Kerub and meets his idol, Kahn Karkass, the Gobbowl superstar, a stranger creeps up on him. Julith, the vengeful witch who vowed to destroy Bonta is back and ready for battle. Soon, fate will make Julith and Joris meet. Will Joris, with the help of his friends, unlock the secret of his mysterious origins and save the magical city of Bonta?

Directed by Anthony Roux and Jean-Jacques Denis, Dofus - Book I: Julith is the first movie produced by Ankama Animations. The studio, based in the North of France, has previously worked on the hit TV show WAKFU (2 seasons and 5 specials) and the series Dofus: Kerub’s Bazaar (1 season). Both series are available on Netflix and broadcast on several TV channels worldwide.

Dofus - Book I: Julith will be released in France on February 3rd 2016.