The Hollywood icon will reprise her role as The Director, joining Ana de Armas as a killer dancing protégé who harnesses the deadly arts for revenge. 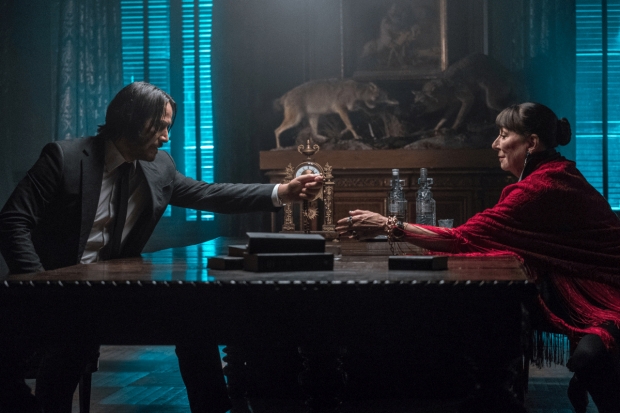 Lionsgate’s John Wick spin-off Ballerina is filling its cast list with some iconic names. THR reports that Anjelica Huston will reprise her John Wick 3 – Parabellum role as The Director, head of the Ruska Roma crime organization and killer ballet instructor extraordinaire. One of her dancing proteges will be played by Ana de Armas, who uses the deadly arts to seek revenge for her murdered family. Ian McShane also returns as Winston, manager of the assassin refuge Continental Hotel.

“The idea of Ballerina was formed around the scenes with Anjelica in John Wick 3,” Erica Lee tells THR. “Anjelica Huston is an icon and is nothing less than Hollywood royalty. The world of Wick is always made richer by her commanding screen presence.”

The vengeful film is not the only John Wick universe project currently in the works. The Continental explores the origin story and inner workings of the Continental Hotel, and premieres exclusively on Peacock in 2023.

Ballerina is directed by Len Wiseman and written by Shay Hatten. Erica Lee produces alongside Basil Iwanyk and Chad Stahelski. Production is currently underway, with no release date yet announced. No word yet on who will handle the VFX.