In a move to keep their artists busy… and employed, the Vancouver-based studio produced ‘Be There for Them,’ a PSA for the Boys and Girls Club – Canada that addresses mental health and loneliness. 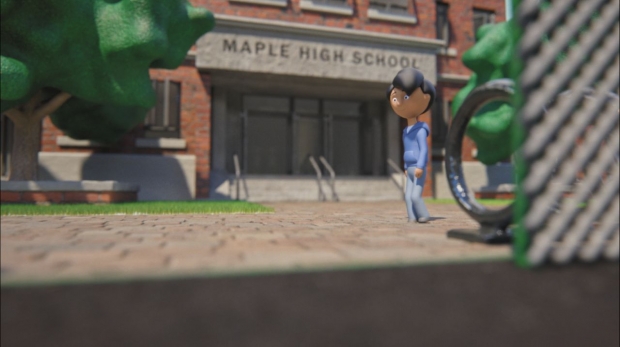 When COVID-19 and the resulting shutdowns hit, artist led Vancouver-based Animism Studios quickly pivoted to meet the challenges that lay ahead for both their own team and their community. Because the leadership team consists of people who are creatives at heart, they approach the business side of it with compassion for their team and believe in leading by example. So, a decision was made to create a commercial addressing mental health and loneliness during this difficult time.

“We want to empower artists, not just enforce our own way of thinking,” commented CCO Jeremy Stewart. “At Animism, artists take part in critical decision such as whether they want to take on certain projects or put in overtime. We lead by example. At the end of the day, we’re the ones rolling up our sleeves and working 12-hour days during more demanding times.”

Not only did the co-founders manage to keep their team in place, but they reached out to others affected by the crisis – one way was by supporting the Boys and Girls Club – Canada. Initially meant to support a local chapter, the commercial went on to become part of a national advertising campaign.

“We didn’t have a lot of work because of the pandemic, and it would have been much easier to let everyone go,” shared CEO Stephen Kelloway. “But we weren’t prepared to lay off artists. We value talent and wanted to keep our crew in place. Without them, we don’t have a company.”

The result was a CG advert that follows a teenage boy on his journey home as he experiences the world around him closing down, due to the COVID-19 pandemic. He is repeatedly met with the all-too familiar message: stay home and stay safe. We eventually see him at home but feeling alone. Viewers are reminded the boys and girls club is there for young people who need support.

Boys and Girls Clubs of South Coast BC: Be There For Them from Animism Studios on Vimeo.

When COVID happened, Animism already had a central server structure, which allowed them to adapt quickly to remote work environments. Still, they set about re-thinking how workflow is being done. Rather than relying on a legacy infrastructure like other studios, Animism was able to implement and build from scratch, resulting in a more robust pipeline utilizing new techniques, workflows, and tools that give them the ability to focus on the quality of work instead of chasing down problems and allows for a smoother data flow and quicker turnarounds.

“Our boxes are just a gateway to the server,” explains CTO Victor Barbosa. “All our artists had to do is change the entry point from their desk at Animism to their home computer. It was already secure.”

The remote work environment is something Animism is considering shifting towards, at least partially, in the long-term as well. Going forward, Animism is taking its cue from the likes of Imagine Engine, which closely collaborated with filmmaker Neil Blomkamp on the Oscar-nominated film (including a nod for visual effects), District 9, and going beyond just offering service work. Animism is looking to create its own IPs and actively collaborate with filmmakers. “We are versatile enough to change gears or take on unconventional projects, as well as take risks and take on projects that have an artistic value rather than just strictly financial,” noted Kelloway.

“At the end of the day, we are artists who want to help tell truly compelling stories – in whichever shape they happen to come,” added Stewart.