Anime Feature ‘I want to eat your pancreas’ Headed to U.S. Cinemas February 7 & 10 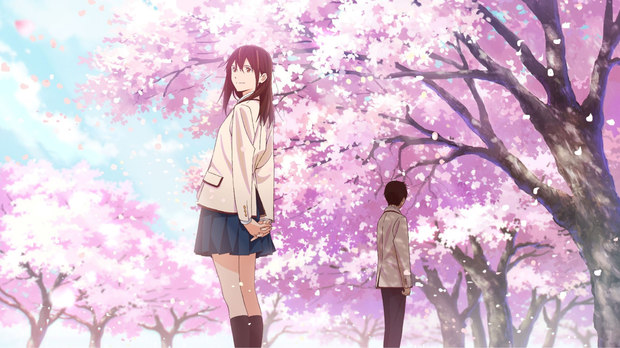 DENVER, CO -- Fathom Events in partnership with Aniplex of America brings the uplifting, coming-of-age tale that has captured the hearts of millions in Japan, I want to eat your pancreas. Based on the bestselling, award-winning novel by Yoru Sumino, “I want to eat your pancreas,” the anime adaptation beautifully explores the relationship between the terminally ill Sakura and the unnamed protagonist, “Me,” as they embark on an emotional journey during an unforgettable spring. As these two opposites try to learn to find happiness, they in turn discover the true meaning of compassion. In addition to the poignant feature, attendees will also view exclusive extra footage, including interviews with the cast and crew.

Presented by Fathom Events and Aniplex of America, I want to eat your pancreas comes to more than 400 U.S. cinemas subtitled on Thursday, February 7 at 7:00pm (local time) and English-dubbed on Sunday, February 10 at 12:55pm (local time). For a complete list of theater locations, visit the Fathom Events website (theaters and participants are subject to change). Tickets for I want to eat your pancreas are available now at www.FathomEvents.com and participating box offices. “I am pleased to be able to share this beautiful story to everyone living in the U.S.,” said Aniplex of America president Shu Nishimoto. “This film captures both the beauty of Japan’s landscape as well as the beauty in growing up. I hope the film gives everyone a renewed appreciation for life and the people that shape our life choices.”

“We are excited to once again partner with Aniplex of America to bring this highly anticipated title to the U.S.” Fathom Events CEO Ray Nutt said. “It is a wonderful story and appeals to people in all walks of life.”