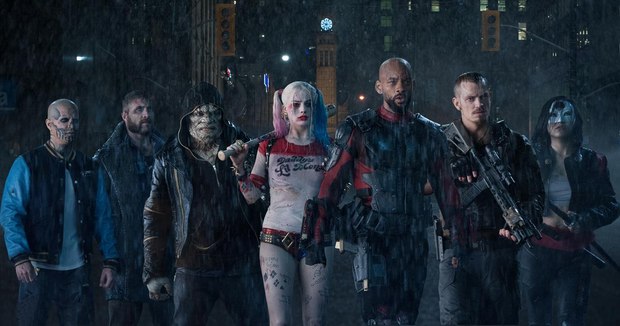 The latest in instalment in Warner Bros. and DC Comics’ DC Universe, Suicide Squad, required a variety of high-end VFX techniques. However, before the visual effects process even began, intricate fight scenes needed to be meticulously planned. This involved the film’s stunt team, previsualization studio The Third Floor, and Animatirik's performance capture system, all of which worked together on what the production dubbed “stunt-vis.”

Directed by David Ayer, Suicide Squad turns the classic superhero convention on its head by skewing the story to the bad guys. Actors Will Smith, Margot Robbie, Jared Leto and more are given the chance to flex their weirder acting muscles as the bad guys from the DC Universe. The film features several edge-of-your-seat fight scenes, in which the previously incarcerated criminals battle a seemingly endless wave of supernatural enemies created by the spirit Enchantress and her brother, the otherworldly Incubus. Stunt-vis was a crucial stage in planning live-action combat photography for Suicide Squad, as it allowed the production to plan and choreograph the fight scenes before launching into the full shoot. Later on, stunt vis also assisted in informing the final VFX and animation, especially as some of the computer-generated characters involved were much larger than regular humans.“The stunt coordinator had the tough task of planning fights between characters of radically different heights -- from five feet tall to 20-feet tall,” explained Animatrik President and CTO Brett Ineson. “That made these scenarios very challenging; you would have a six-foot person playing a 20-foot character who would be fighting characters and actors of normal heights.”

The solution was to have the stunt performers wear motion capture suits while performing the choreographed fight scenes. By capturing their motion with Animatrik’s motion capture system, that human performance could immediately be applied and “up-sized” in real-time to the larger CG model. The production then had a clear idea of how the final scenes would look and feel before moving forwards.

“When retargeting those extreme differences there is a constant battle between global and local scale,” added Ineson. “It’s a lot of work to have character animation look good while still respecting the spatial constraints.” “The Third Floor would provide us with the real-time ready CG assets for both the scenes and the characters,” said Ineson. “Our team would then integrate them into the motion capture pipeline, so the live actor performance taking place on set would drive the CG character during the shoot. This gives real time feedback to the director -- he could see how the disproportionate actor character combinations would play out with each other and make sure the sequence would just work.”With recent experience on such blockbuster films as The Jungle Book, Warcraft and Teenage Mutant Ninja Turtles: Out of the Shadows, Animatrik has a history in collaborating with directors and VFX vendors. On Suicide Squad the company worked closely with The Third Floor during the shoot on interchanging motion capture assets and data.

“We passed video reference to production and The Third Floor to select performances that worked for their scenes,” continued Ineson. “We would then post-process the data into a deliverable quality and pass back the original CG asset with animation curves embedded.”

The result is some impressive action as the baddies become the goodies, taking down a variety of attacking creatures of sizes big and small. “It’s great to be able to drive productions like this in the right direction from the very beginning,” concluded Ineson. “Suicide Squad’s combat sequences were so complex and so VFX heavy that careful preparation was an absolute must. We were thrilled to offer our services to make sure these sequences could be planned and carried out without a hitch.”